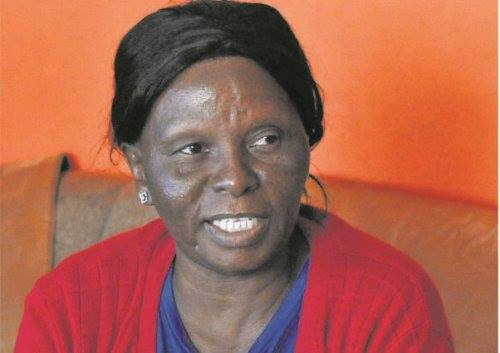 Nigerian Girl, Hauwa Mohammed Gives A Sneak Peek Into The Pains And Realities Of An Average Woman Married To An Hausa Man| Thread

A 56-year-old South African mother of five girls, Thembeni Khuboni who has been living happily with her husband, Simon is left heartbroken after her husband of 30 years suddenly walked away from their marriage with an excuse.

Thembeni,  from KwaMancinza in KZN South Africa said her husband, Simon, started acting strangely at the beginning of last year. She soon found out that he was having an affair with a young girl working in his office.

“When I asked him why he did it, he just left our home.

I heard that he was living with the girl in Phoenix, Durban.

I tried calling him but he wouldn’t answer the phone,” she said.

Thembeni said in the middle of last year, Simon told her he wanted her to give him a son.

“I told him I couldn’t. I have five daughters with him and he was happy before.

Now suddenly he wants a son. I told him I can’t do that,” she told Daily Sun, SA.

READ ALSO: Update On Mum Of Four, Jane Iyke, Feared To Be In Danger After She Left Disturbing Note On Instagram

According to Thembeni, after she told her husband she could not give him a 6th child, he left the house but not before telling her he would find a woman who could give him a son.

“In September, he came home with a photo of a baby he had with his nyatsi.

Unfortunately, the baby is also a girl,”

Daily Sun said when they contacted Simon, to hear his side of the story, he said, he was not the first man to want a son to continue his line.

In many cultures across Africa, having children should follow immediately after marriage or the marriage may fail to withstand the pressure very often targeted at the wife , than the couple as a unit.

But having children is not nearly enough, if the children are girls, rather than boys. Recently, a young Nigerian man said he would rather be childless than have female children.