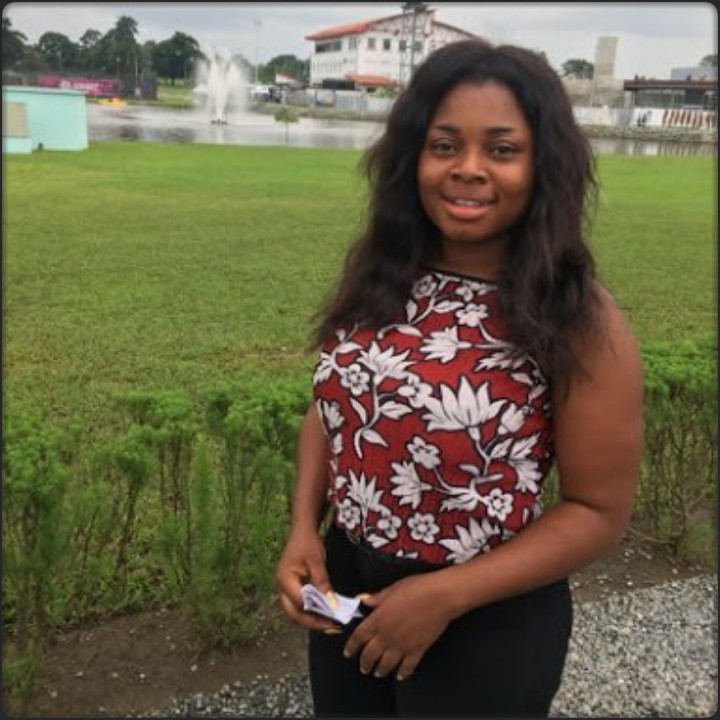 Dear MIMsters: Why I Decided To Call Off My Wedding, Scheduled To Hold Today

In many African cultures, a woman’s virginity is a measure of her chastity and worthiness. She is celebrated for it or derided if it is discovered she lost her virginity before marriage. However, there was no real education or test to determine the ‘wholeness’ of women with regard to virginity, except that bleeding was expected upon her first sexual encounter as proof of her purity, if a woman did not bleed, she was tagged promiscuous.

READ ALSO:Tope Alabi on What Her Mother Taught Her Plus Checking Regularly to See if Her Virginity Was Intact

Education has changed so many things, but the myth that a virgin woman bleeds during her first sexual encounter lingers. One Twitter user, @enjoymennt, has charged everyone to educate themselves on the truth about female virginity and put an end to stigmatisation.

Read the thread below:

“VIRGINITY!! We were discussing about females virginity yesterday and someone was like the only way to know if a girl is a virgin or not is that it’s a must that every girl bleeds during her first sex and I’m sure majority have same mindset but this is wrong. THREaD!!!

Bleeding doesn’t determine if a girl is a virgin or not so I decided to drop this here to help educate our young men and women on this issue of girls bleeding during their first time of having sex.

There is zero truth in this. Not all women bleed the first time they have sex, as I’ll explain in this post. To understand why some women bleed and some don’t, it’s very important to understand what the hymen is.

The hymen is a membrane that tends to cover part of the vaginal opening (it does not always block or cover the entire vagina, as some people mistakenly think). NOT ALL WOMEN HAVE A HYMEN.

Some women have larger hymens, some women naturally have a very little amount of hymen that covers only a small portion of their vaginal opening (and hence does not really get in the way, during first-time sex).

If a woman’s hymen has worn away on its own (which is very common as girls grow up), she won’t bleed the first time she has sex.

The result is that the overwhelming majority -at least 63% of women – will NOT bleed the first time they have sex, according to a study published by the British Medical Journal.

Women who do bleed include: – Women with thick hymens (who constitute a small percentage of the population) – Younger girls.”

READ ALSO: Reno Omokri on Women Issues: Who Agrees With His Nuggets on Marriage and Virginity?

The subject is very important because it has led to guilt, blame, and self-esteem issues, stigmatisation and ridicule for many women. Read on…

“Because the hymen wears away on its own with time, a 16-year old has a higher chance of bleeding than a 25-year old.

By the time a girl is/above the legal age of consent – 18, 20, 24 years of age, for example – most of her hymen is likely to have worn away on its own, meaning it’s unlikely that she’ll bleed a lot, if at all.

However, even a young girl can be physically active, have a thin or small hymen, or have no hymen at all, meaning she might not bleed during first-time sex. – Most often, women who bleed tend to be women who are dealt with roughly during sex.

If the guy forces himself inside the girl, when she isn’t ready, relaxed or aroused enough, he is likely to cause injury or bleeding.

Because most people think it’s normal for women to bleed the first time they have sex, they don’t realize that this bleeding is a result of the woman having been hurt, and not of the hymen breaking.

Painful first-time sex is generally because the woman is not relaxed or aroused enough, and gets hurt as a result; it is rarely ever because of the hymen breaking

The bottom line is that there is no way to assess female virginity. Bleeding does not have anything to do with virginity – it has to do with the kind of hymen a girl has, and hymens differ from girl to girl from birth.

READ ALSO: Dear MIMsters: I’m Heartbroken as My Boyfriend is Concerned about My Virginity Status

“The result is that only a small percentage of women bleed the first time! (Only 37% bleed during first-time sex, according to the study published in the British Medical Journal).

Why is this so important to be aware of? Women all over the world get abused, injured and even killed due to the myth of ‘virgin bleeding..

Because most people (men AND women) think that bleeding is a sign of virginity, women who don’t bleed the first time have been divorced, suffered from suspicion leading to domestic violence and abuse, and even killed for honour.

Educating people that a girl does not necessarily have to bleed the first time she has sex—because not all girls have thick hymens, and some are born with no hymen at all—is important because it can literally save lives.

Kindly RT to educate someone. Excerpts from Bannu Institute of Medical Sciences.”

See screenshot from the thread below: 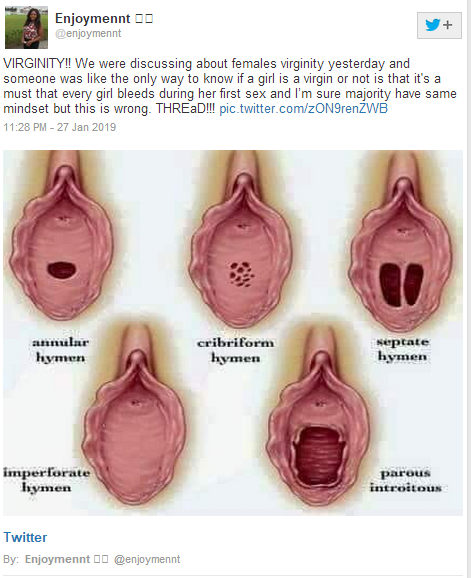 See reactions from users on the app below: 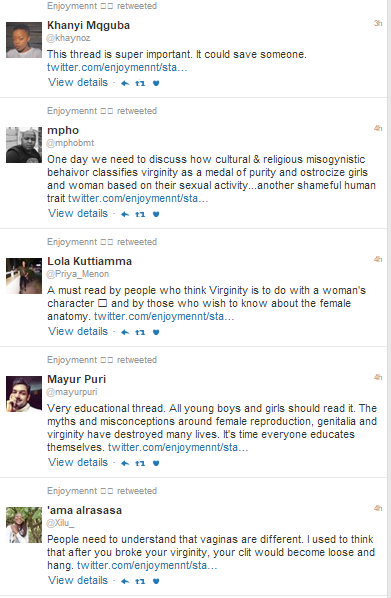 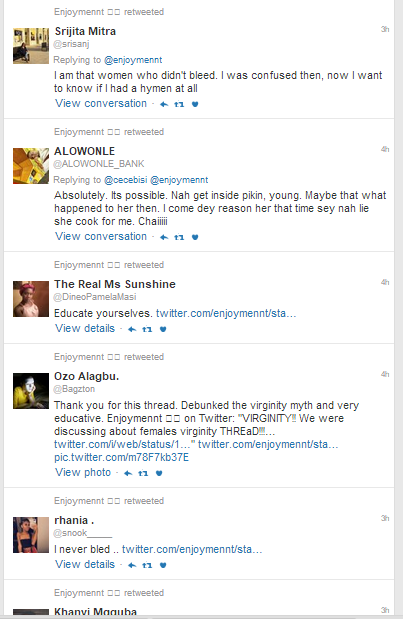 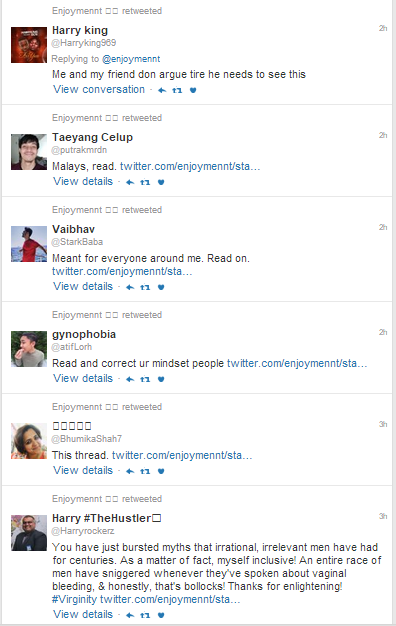