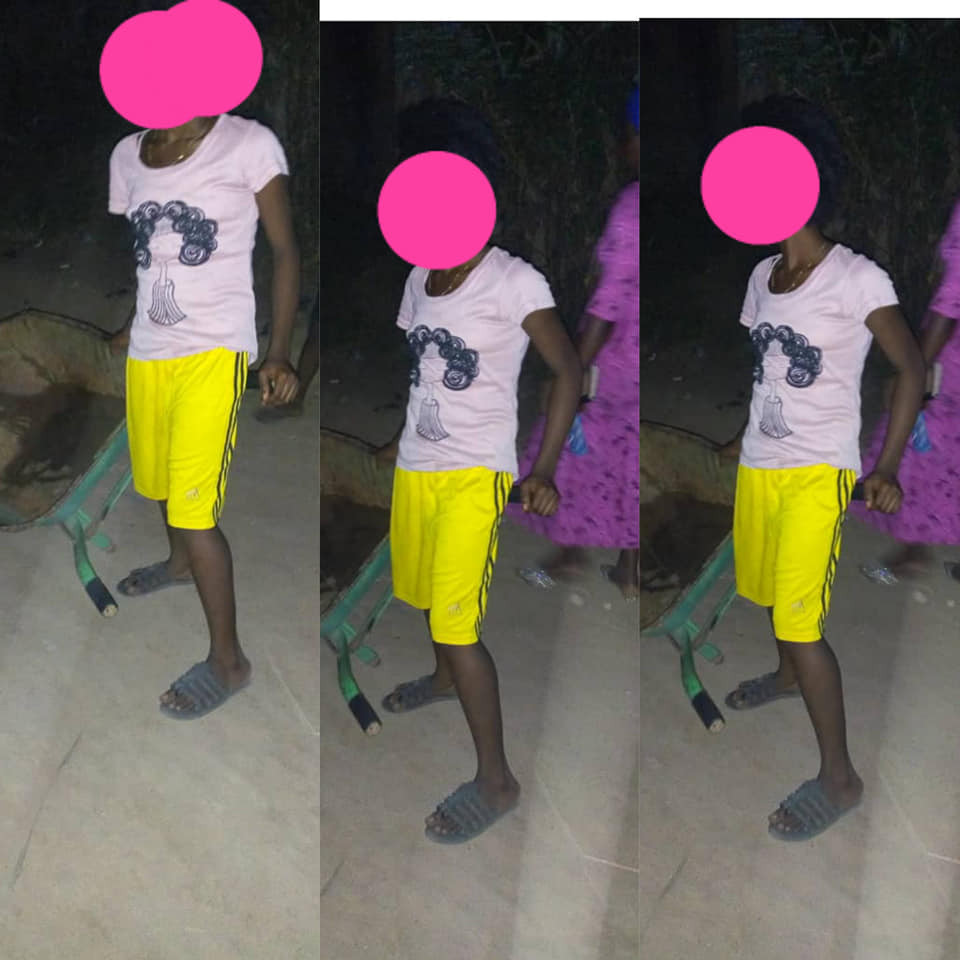 According to social activists, Prince Gwanishu Emefiele Harrison and Anwulika Udanoh, the story of the girl, 15-year old Ebube is a pathetic one.

Ebube, a 14-year old girl was living with her aunt when she became pregnant and as a result, she was chased out of the house. It so happened that even Ebube’s parents rejected her so she found solace on the street which became her home.

It was while she roamed the streets that her family got wind of a 65-year old man who was seeking a new wife and swiftly, Ebube was married off in her condition; to the man who already had two wives living with him.

Giving an update about the situation, Anwulika took to her Facebook page and wrote:

“SHE IS READY TO LEAVE & LIVE, AND WE ARE HERE TO ASSIST HER ACHIEVE HER DREAM!

This evening, we arrived Nnewi, Anambra State. We met the victim (EBUBE) and assured her of our support and safety.

She was 14, staying with her aunty when she got pregnant and was chased away. Her parents rejected her. The street became her shelter. Her family heard about a 65yrs old man (Now 66yrs) who was looking for a wife and Ebube was remembered.

#FastForward: The man has two wives, married Ebube with her pregnancy. His two wives left him and today 16yrs Ebube is a full time house wife to 66yrs old man in Nnewi.

“I stopped at JSS3, I had wanted to go but nowhere to go. If I have a shelter elsewhere, I will leave this marriage”.

Barr. Ajuebor Favour will be working on all legal processes and we will be going to meet her parents tomorrow.

Until these news started to surface on social media, the Northern part of the country was the only location people focused on when the issue of child brides arose, now; we know better.