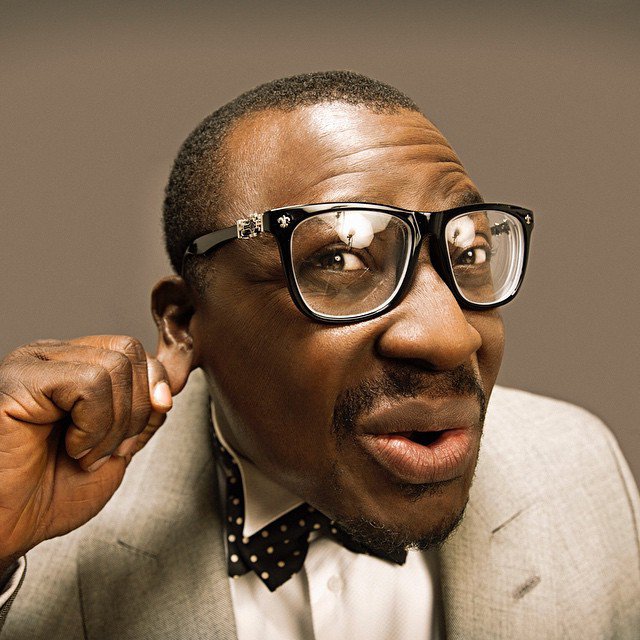 MIM Inspiring Series: How The Silver Spoon I Was Born With Became A Wooden Spoon

Nigerian actor and stand-up comedian, Atunyota Alleluya Akpobome, popularly known by his stage name Alibaba, took to his Instagram page to advise women. In his lengthy but very educative post, the comedian touched on the subject of financial independence for women, saying the era of being financially dependent on  men is long gone.

The 53-year-old dad of three went on to say, a lot of men who did not think that women deserved to be financially independent became threatened by the success of women who had sought the path of financial independence, and did everything within their power to block them.

The comedian’s advice may be a hard pill to swallow for both sexes for different reasons, because women did not grow up of their own freewill limiting themselves, women were actually raised to consider themselves as less to a man, while the men were raised to believe they were super humans and were naturally because of their gender meant to succeed and own women by marriage or some other means.

“That era of being financially dependent on a man expired many years ago. Sadly, very few women started late to realise that they also had the equal PERSONAL requirements to make themselves, FINANCIALLY INDEPENDENT.

MANY of the men who also believed that women should not be financially independent were also everywhere. And with time, many of those men, where in places of authority and economic positions of influence. Such men also started to see that many women were a threat to their masculinity. And did everything to block them.

Like a woman can not bail anyone arrested. Women can not rent properties…. They failed to accept that women were capable of pulling their weight when shouldered with responsibilities, BUT DID BETTER THAN THE MEN, who went head to head with them. And still play their roles as women.”

The comedian who is known to use his popularity to drive social discourse on various subjects; challenging his fans to think differently and embrace progressive methods further said in his post, that it has become more glaring that women like their male counterparts are smart and can even be smarter than the menfolk.

Speaking further, the brilliant dad said women do not get treated deservedly by men because of their financial dependence on them, and that “WEAK MEN” were the only type of men who fear that a woman’s financial independence limits their power or masculinity.

Many men will say they completely agree with the comedian but it is only to sound politically correct. In reality, they do have a hard time fathoming an independent woman, however fancy the idea sounds. Blame it on the cultural patterns learned from the cradle, it’s not so easy to unlearn.

READ ALSO: Why Every Woman Should Be A Feminist As Defined By Ezinne Akudo

In school, you will remember, if you want to be honest, there were ladies who were constantly in 1st to 10th positions. And there were heavy men, who were unashamedly in the 30th to 32nd positions. That was the start. It became more glaring that women can be equally smart and even smarter.

Many of these men, were in any case being taught by women, as teachers, lecturers and professors. So, gradually, the thought of a woman being DEPENDENT ON any man started fading.

Especially when the men started having them as bosses, and learning under their feet. Humbling. However, it needs to be further emphasised in these day and age, that the days of a woman being DEPENDENT are gone.

Or nearly gone. So, it’s clear, that financial instability of women is the major reason many women don’t get treated like they should. It turns relationships to cash and carry or business transactions. It also then makes many men believe, that financial independence will take away their power. Only WEAK MEN think like that. And women who think they must go into a relationship because its their only way to financial stability are the ones who empower them.”

Alibaba’s argument aligns with the argument of many Nigerian feminists in recent times. What is obvious is many of us were lied to growing up. At school, work, and in the community at large, men constantly see women outdo them, and giving orders that they must take, contrary to how they were raised to believe that they would always lead because they are men. Women on the other hand are now also learning that they can be whatever they want and have potentials just as their male counterparts.

In too many African homes, the girls were sent to school but not with such great enthusiasm as the boys, male children were thought to be golden with promises of a successful life, while the girls were constantly nurtured to believe that reaching full expression of self, in speech, in manners, beliefs, and success would limit their chances of getting a man; getting a man to marry them being the utmost validation of their worthiness.

This argument is great, but there will be consequences. Women would become more discerning in relationships and demand their due in terms of respect and how they should be treated, but will the cultural standards that devised the prevalent gender roles be easy to unlearn for both sexes, how many will be able to tolerate an independent woman behind closed doors, will this lead to fewer women opting for marriage, or will it lead to more divorces, or will the men ask “where did the traditional African woman go?“, worse still, will male ego consider the new independent woman so big a threat that we would have more spousal killings?