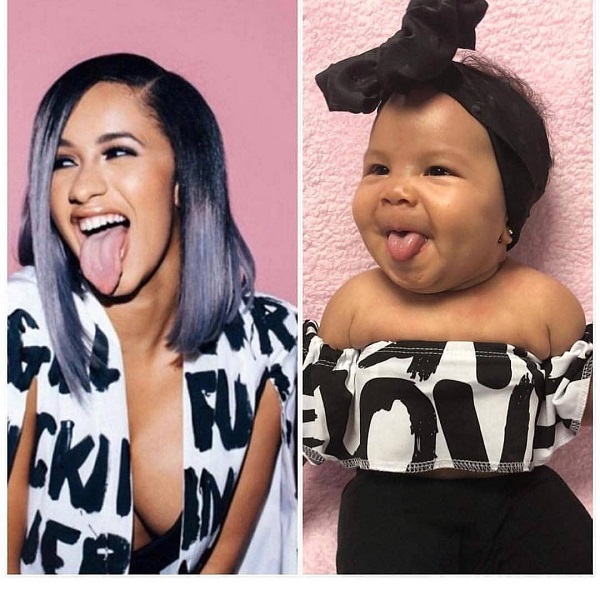 When Bronx-born American rapper, singer, and songwriter, Belcalis Marlenis Almánzar, known professionally as Cardi B, 26, received a Grammy award on Sunday night, she obviously wasn’t prepared for what her 7-month’s old daughter, Kulture had in stock for her. She had to choose which made her excited the more: Winning a Grammy or hearing her daughter say “mama” for the first time!

For Cardi B, that Sunday night turned out to hold two firsts for her: the first woman to win a Grammy for best rap album and the first time to hear her daughter say “mama.”

READ ALSO: Mom-Of-1, Cardi B Chose Motherhood Over Career For This Reason And It Is Coming at a Huge Prize

Taking to her now deleted Instagram account, the mom-of-1 posted a short video of Kulture sitting in a walker and saying “mama” after some coaxing” and wrote:

“After a week of only saying papa ! She saying mama! Happy 7 months Kulture ! We love you.”

A tearful Cardi B, who had her husband, Offset beside her while giving her Grammy acceptance speech had said of her daughter:

“I want to thank my daughter… I’m not just saying thank you because she’s my daughter. When I found out I was pregnant, my album was not complete. We was like, ‘We have to get this album done so I can shoot these videos while I’m still not showing.’ And it was very long nights.”