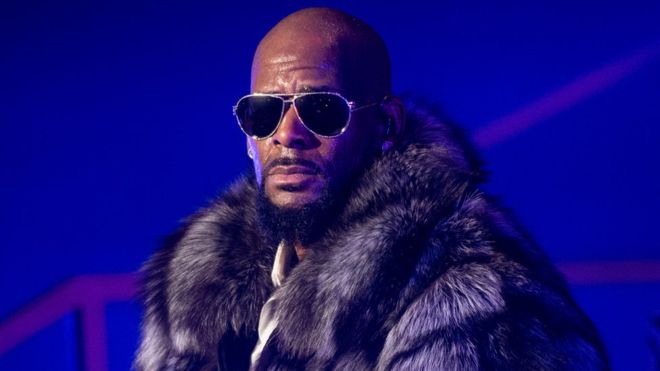 Justice is about to be served after the unexplained quiet from law enforcement in the US following public outrage that greeted the #SurvivingRKelly docuseries that exposed sordid details of sexual enslavement and abuse of minors by the talented singer R.Kelly through the many years that marked the peak of his career.

The American singer has now been charged with 10 counts of aggravated criminal sexual abuse by the Cook County State’s Attorney office.

A judge signed off on an arrest warrant for the singer, 52, on Friday afternoon in Chicago and his first court appearance is set for March 8. The alleged victims of most of these crimes at the time they were perpetrated are all said to be between the ages of 13 and 16 according to records seen by DailyMail.

The singer has expectedly denied any wrongdoing or illegal activity through his lawyer. These 10 counts involve four victims, at least three of whom are underage. Lawyers for the Southern District of New York have also been meeting with alleged victims as well as agents from the IRS and FBI while the Department of Homeland Security has also opened up a probe.

An infamous rape tape was submitted to the State’s Attorney’s Office last week by Michael Avenatti. At the time, Avenatti said that he believed it showed Kelly and an underage minor whose age he guessed to be 14. When asked if either party might be investigated for these actions, an FBI spokesperson declined to comment.

This all comes in the wake of the Lifetime series Surviving R Kelly.  The six-part docuseries ended on a devastating note, with the parents of one of the young women who had run away with Kelly seen throwing rocks at his studio windows trying to get the attention of their daughter.

If the singer is found guilty and finally convicted, it will serve as a deterrent to men who use their power and social influence as bait to entice and destroy young girls.