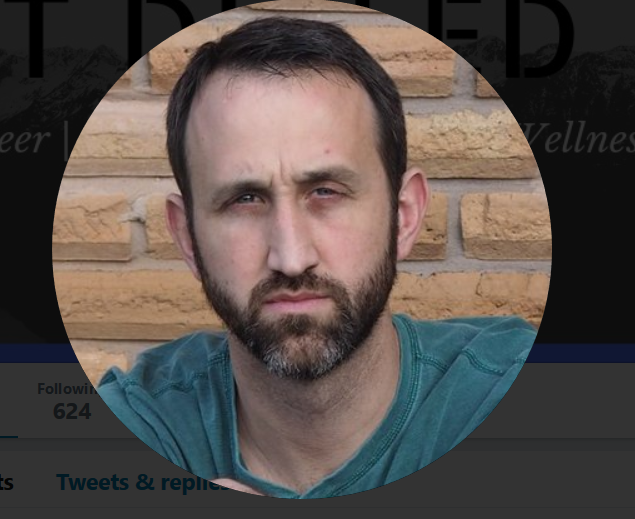 Up until now, there have been more relationship experts talking to women on how to make their marriages work than those speaking to men. It’s often made to seem the success of every marriage lies solely with the woman but one husband has come out to say otherwise. Taking to his Twitter page, American relationship expert, Ryan Stephens posited 6 powerful marriage tips and we think they are worth sharing with you.

“My wife and I have found that focusing more on being teammates and less on being soulmates is a solid recipe for marital success. Here’s quick thread on the 6 rules we try to follow to be a good teammate to each other in our marriage.

“1.) No one should ever hear anything bad about your spouse from you. It’s one thing to joke with friends about something trivial and quite another to demean your spouse’s character. Know the difference and always discuss the latter with your spouse and no one else.”

“2.) Over communicate. You cannot read each other’s minds. Never assume the other person knows what you meant. Give each other the benefit of the doubt when miscommunications happen. Double check if necessary.”

“3.) Try new things together. Even if one of you is typically more adventurous than the other, have fun with it. Trying new things gets an individual out of their comfort zone and is often easier as a couple, allowing you both to grow stronger together.”

“4.) Be each other’s champion. Celebrate wins and encourage each other. Bring home champagne after a promotion at work, back each other up when engaging in that battle with your heathen toddler, work out together, etc. Never cut the other person down when they’re struggling.”

“5.) Be grateful for each other’s contributions. Whether it be money, time, chores, childcare, or anything else, no one contribution is greater than another. And don’t keep score. If you truly value each other’s input, then the scorecard shouldn’t (and doesn’t) matter.”

“Marriage, or any long-term relationship, is not *all* about love & romance. It’s about working at it day in and day out. It’s about choosing your partner every day… “

READ ALSO: Stella Damasus Gives Tips On Successful Marriage. Do You Agree With Her 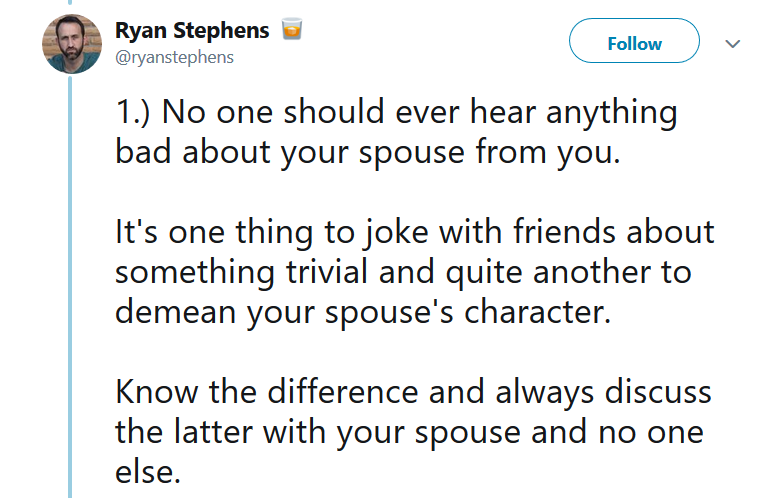 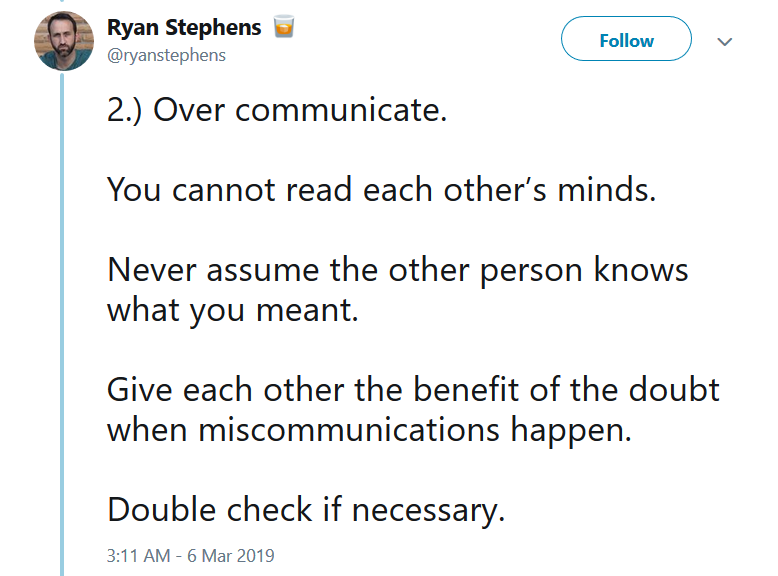 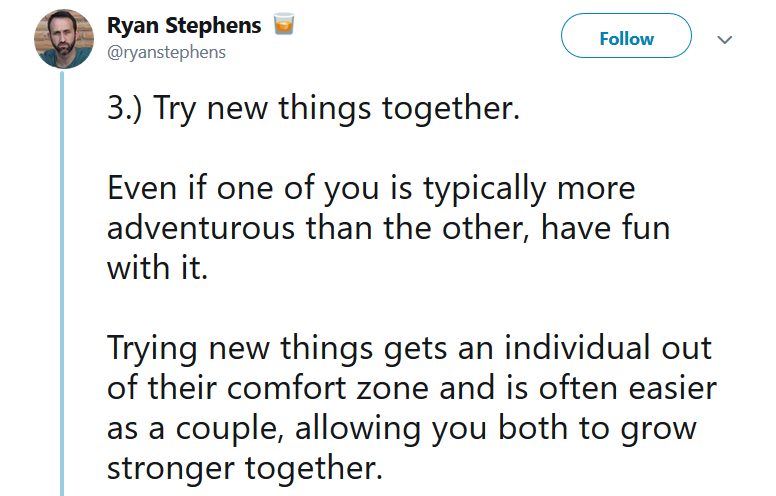 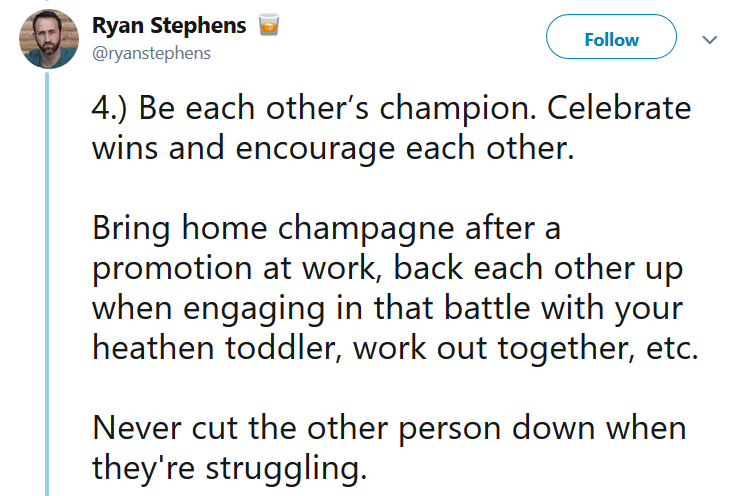 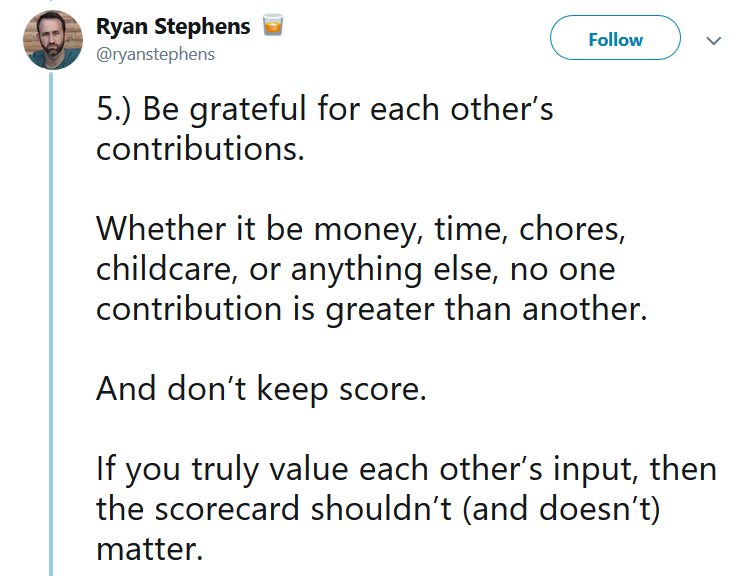 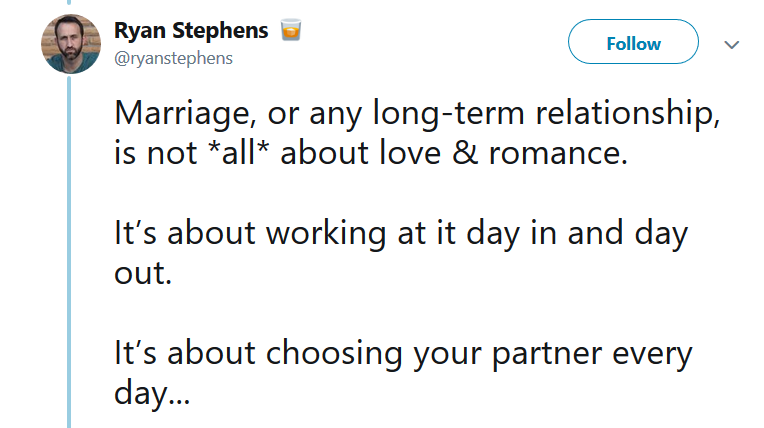 However, one of his followers thinks there’s nothing like soul mates in marriage though most commenters thought Stephen has unveiled the greatest marriage tips ever. 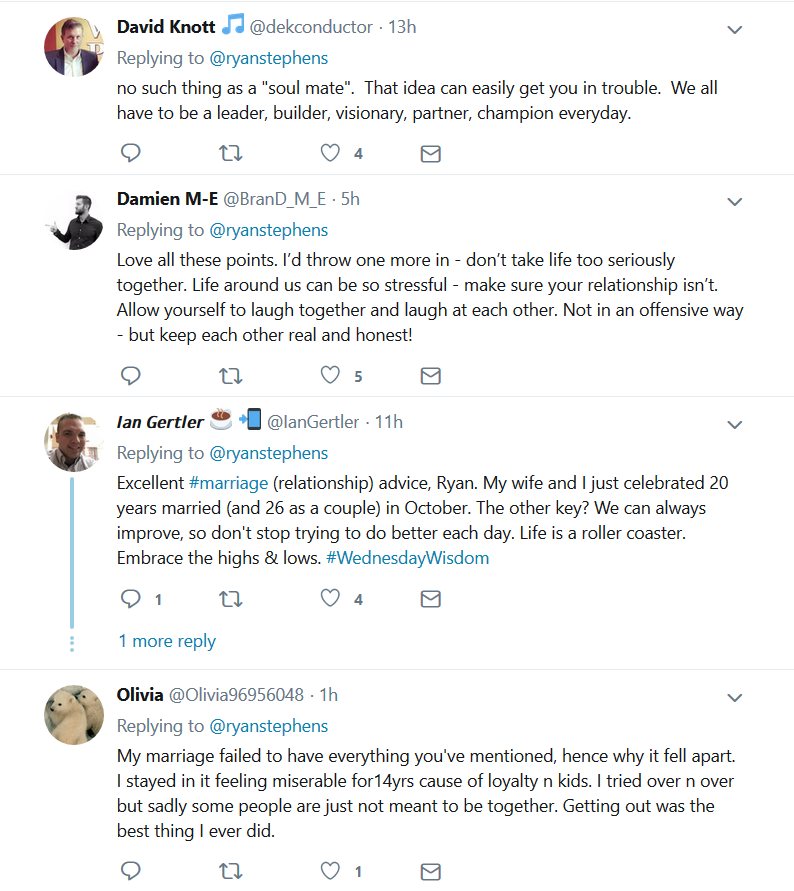