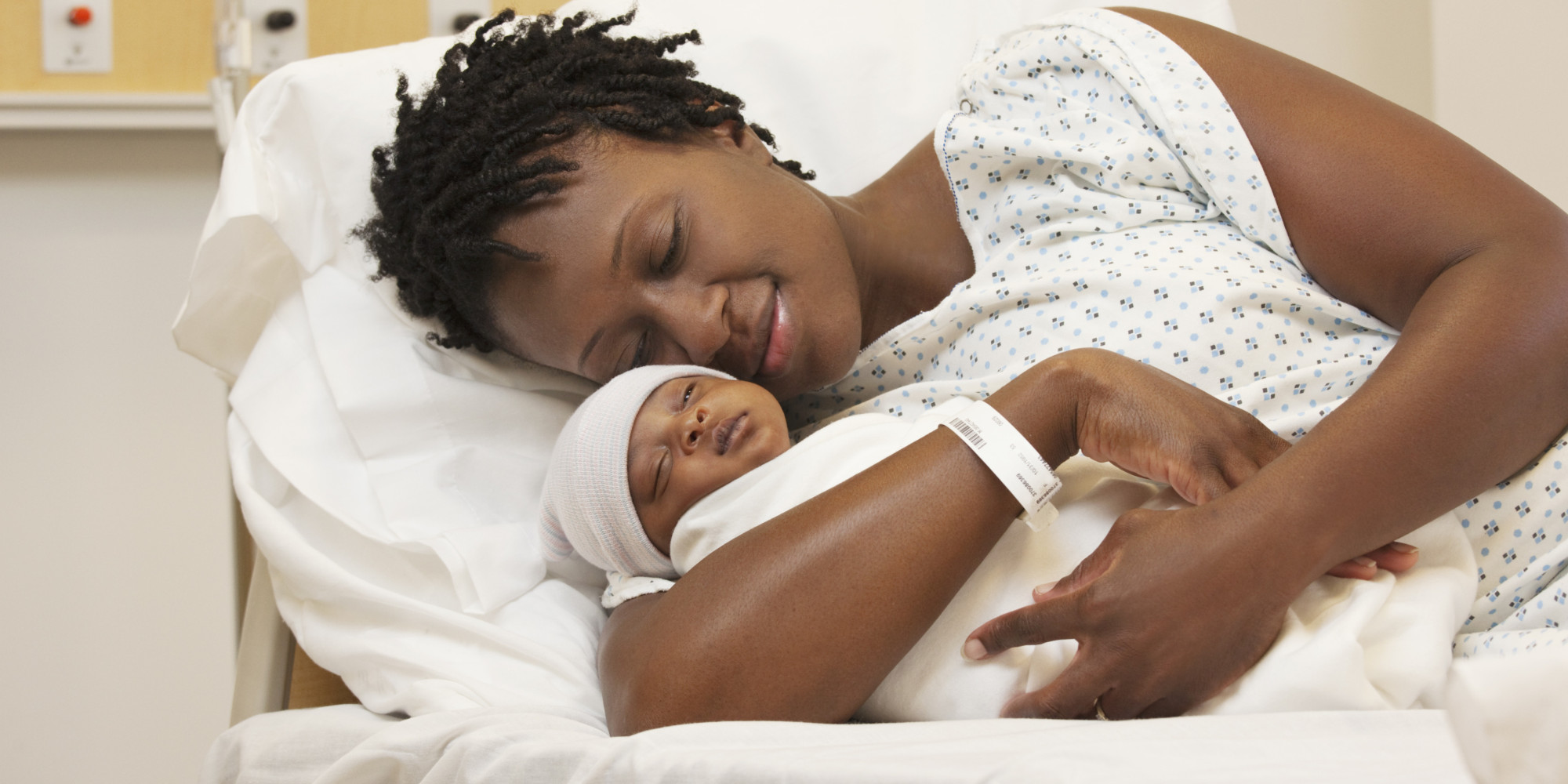 Why Parents Of Late US Military Cadet, Peter Zhu Sought Court Injunction To Preserve His Sperm

In these day and age, with the level of civilization and knowledge of how it works, a man can still abandon his wife because she could not give him a male child?!

According to Twitter user, Adda Fatee who narrated the story, her friend, who had 4 daughters has just given birth to another girl child. She stated that the friend had the baby on Sunday through CS and up till the time she posted the story, the man has refused to visit his wife at the hospital because it’s another girl.

READ ALSO: See Outdated Reason Why This Nigerian Man Would Rather Be Childless Than Have A Girl Child

Most commenters viewed the man’s action as unacceptable. But unfortunately, someone justified his action saying, “no family is complete without a male.”

See the comments below:

“I am not supportin him, but you should understand his heartache whether you like it or not no family is complete without a male, there r lots of things only male child can do for a father. I pray my first two kids to be male child. mind you i love my two sisters to death Wallahy” 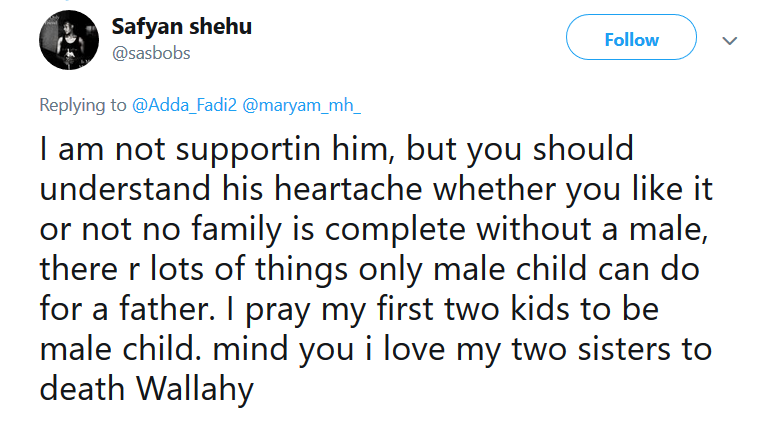