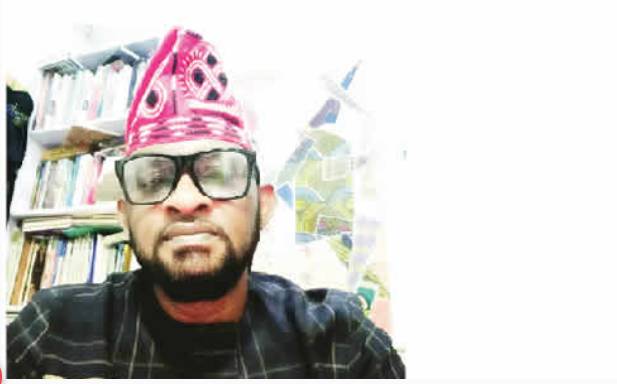 Mr. Biodun Omolayo, who is the founder of the Omolayo Art Gallery, has called on parents not to say or do things that can kill their children’s talents, especially when the talents are just unfolding.

Speaking from experience, Mr Omolayo said many potential superstars had been stopped by parents who mocked their children’s tender steps instead of paying attention to such and encouraging them.

The Nigerian artist further said the issue was peculiar with children or pupils who showed visual arts talent in the early stages. Such young ones, according to him could be drawing out of instinct, though without respect for any space. He then advised parents to encourage their kids in such situations, rather than scaring them.

Speaking in an interview on a new platform, which the gallery based in City Mall, Onikan, Lagos, recently created for schools and pupils, he said,

“We face some challenges as children, drawing this and that. Sometimes, I got flogged for drawing on the wall or even drawing what they call ‘jagajaga’. I was flogged several times for that, for not reading my books, for painting the walls of the house. I enjoin parents to encourage children instead of killing their talents.

READ ALSO: How To Help Your Children Find Their Identity

It is the reason I decided that we should create a space for such children. Because I overcame mine, I need to create the platform for the children to exhibit their talents and also use the platform to educate the parents on the need to work on what they see in this children, instead of killing it.

That’s what gave birth to Young at Art Studio that we have been running since 17 years. As I said earlier, I like to improve on what we have. I started from the platform that I wanted to create for the children to exhibit their God-given talents and then use the platform to educate parents on how to manage those children with the talents.

We have taken it a bit further now, in the sense that, aside from just talking to parents and bringing their children to the annual Young at Art, the children only have such opportunity whenever they are on vacations and holidays.

A Must READ! How Some Parents Unknowingly Contribute To Their Children’s Marital Stress | Twitter User, Eyitayo Writes

We now ask: What about while they are in school? They face challenges while in school too because some teachers don’t know what to do with their talents. So, we now created another platform which we call School Excursion and Workshop for junior and senior secondary schools all over Nigeria.”

READ ALSO: How To Discover & Promote Your Child’s Skills & Talents

In addition, Mr Omolayo said that what often happened was that when people took the pupils to museums and other related places, they only looked round and left. But Omolayo now offers the platform whereby they can sit down in the workshop, produce some of the works.