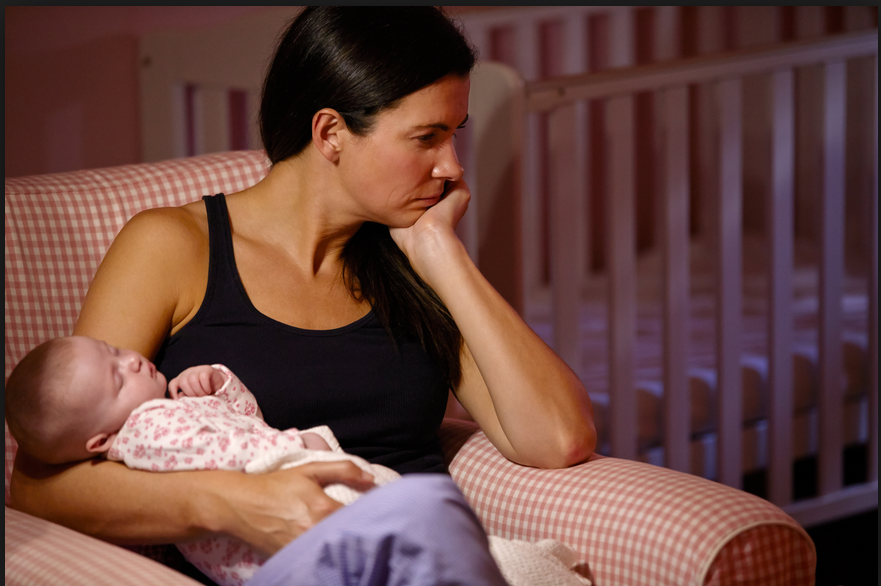 Are Wedding Vows Necessary? | We Asked Nigerians What They Think

It’s hard to hate on any treatment that science provides for curing postpartum depression or at least alleviating its worst symptoms. But somehow, we’ve been dealt a cure approved by the FDA that will make you either laugh or roll your eyes at. It reportedly works within a matter of days, but has a few important footnotes — it costs some money and requires a 60-hour hospital stay.

According to The New York Times, this revolutionary PPD cure received FDA approval yesterday. It’s the first drug made specifically for women suffering from PPD, which is a huge development, and will likely be the first of many to address the condition that as many as one in every new mom suffer from after having a child. But its cost and the duration of stay (away from the baby) at the hospital could prove totally prohibitive for most moms.

The drug does work rapidly, though — around 48 hours. This is a giant leap from the usual two to four weeks a regular anti-depressant can take to be effective — assuming it even works.

And as any mom with PPD knows, suffering for months while trying to care for a baby, care for your other children (if any), go back to work, or live life in general can feel like eternity. That’s why despite its scary price tag and unrealistic hospital stay requirement, it’s still a good sign of possible treatments to come.

In a statement about the new treatment, Dr. Tiffany Farchione, acting director of the Division of Psychiatry Products at the Food and Drug Administration’s Center for Drug Evaluation and Research, notes the new drug’s importance.

“Postpartum depression is a serious condition that, when severe, can be life-threatening. This approval marks the first time a drug has been specifically approved to treat postpartum depression, providing an important new treatment option.”

Now, for the specifics. It’s called brexanolone, but will be marketed as Zulresso. It has to be delivered via infusion over a period of 60 hours, in a supervised situation, and at a certified medical center in case the patient suffers dizzy spells or feels faint; as some women did during trials.

And then there’s the price tag, according to Sage Therapeutics, the company that will manufacture it. Insurance companies are currently mulling over whether they’d cover the pricey treatment, but Sage officials anticipate they will. By the way, the cost of drug does not cover bill for the 60-hour stay at a medical center.

Now, as much as this innovation is kind of a letdown due to cost and hospital stay, making it difficult for most moms to do it (unless they have good insurance and that insurance company is willing to cover it), it’s promising that science is headed in the right direction with treating PPD differently than other forms of depression and anxiety. In fact, according to Sage, one such advance is already in the works — there’s a pill made with a similar molecule that is reportedly showing promise in clinical trials. However, it could be a period of years before the results are submitted for approval — and that’s only if the results are good.

But the good news with brexanolone is that it only takes the one infusion to work, and patients are able to take regular anti-depressants as well while going through the treatment. Clinical trials have been positive in moms with severe and moderate PPD, showing “significant and clinically meaningful reductions in HAM-D (Hamilton Rating Scale for Depression) total score” as compared to patients undergoing a placebo treatment.

Thankfully, it shouldn’t be an issue as far as breastfeeding, according to Dr. Samantha Meltzer-Brody, director of the perinatal psychiatry program at the University of North Carolina at Chapel Hill.

Dr. Meltzer-Brody was the principal investigator for studying the drug and says it appears safe for nursing moms as very little of it seeped into the milk of moms who underwent the treatment. That said, moms in trials were asked to stop breastfeeding during their treatment and for a few days after. It works. But it’s extremely expensive, and it takes a longish hospital stay.

New moms deserve every possible chance at feeling healthy and enjoying the first months of life with their little one. While this scientific development leaves much to be desired, at least it’s a step forward in helping women recover faster from PPD.

Celebrity Mom, Amy Schumer Wants Other Women To Know This After Getting Her Uterus And Appendix Removed