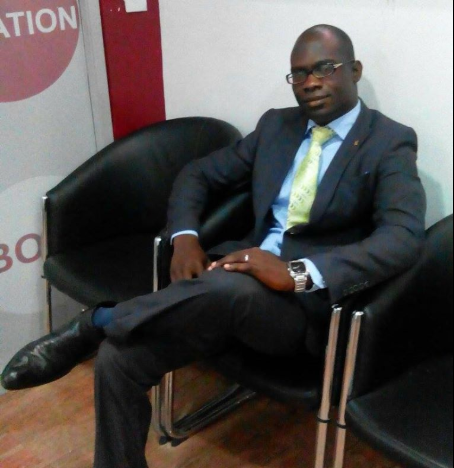 A Nigerian man, Abolaji Dairo, who is a survivor of sexual abuse, took to social media to narrate how he had his first sexual encounter when he went for holiday at his dad’s place. Dairo who was just a 7-year-old at the time disclosed that he was molested by their housemaid.

Child sexual abuse is real and the culprits are mostly people who are closest to us. Most of the time, we hear of the girl-child being sexually abused while we think the boy-child can defend himself or can’t fall victim.

The now married dad said the maid in question made him do all sort of nasty things with her just to satisfy her sexual fantasies. He said that she would dip his head in-between her thighs to make him suck on her.

The dad-of-two said his parents never suspected what he was going through and probably thought he was just throwing childish tantrums whenever he was to be left with her.

From his experience, Dairo is urging parents to pay attention to the boy child too. He added that parents should watch out for their boy child’s compulsive behavior, his sudden mood swings… which might be his way of dealing with the insanity he was going through.

Read his bitter experience below…

“MY FIRST SEXUAL EXPERIENCE. I got introduced to sex at about 7years old by our house maid. Looking back now, she must have been in her late teens or early twenties then.

I had gone to my dad’s house for the holidays (we weren’t living together) and they had this house help hired by my stepmom.

The memory of how and when it actually started fails me. It happened repeatedly and she would threaten to kill me if I told anyone. Somehow, I believed her and I couldn’t tell anyone, but I remember that I would cry whenever I was to be left alone with her at home.

All my cryings kind of added to her pleasure as she would dip my head in-between her thighs to make me suck on her. It was as if she had a built-up fantasy and eagerly wanted to experiment. She made me do all sorts, I should spare you the details. I later resigned myself to my fate with her, and it continued till the end of the holiday.

I remember the fears I had and the feelings of helplessness. My folks never suspected a thing. They probably thought I was just throwing childish tantrums whenever I was to be left with her. Decades down the line, I still shiver whenever I remember my helplessness that day. Well, this experience was like a forerunner to others that followed.

The boy child is already at a disadvantage. Even if he could give an account of what transpired, who would believe him? How does he prove that his person had been violated?

Unlike the girl child, he does not bleed when molested. You might not notice it in his walk and you probably won’t find any evidence even if you subject him to physical examination. But the act often leaves the very essence of his being shredded.

Worst still, the society expects him to keep quiet, he fears being called a weakling. So he sucks it all in, the experience builds up, stratas upon startas until a character and an identity is formed.

You should pay attention to the boy child too. That compulsive behavior, that sudden mood swings… they might be his way of dealing with the insanity he was delt. If only you knew that his Rome was not built in a day.

I urge us all to join in this advocacy. If you would like to share your experience without your name being mentioned (that is anonymously), please chat me up.

Please resist the urge to give unsolicited advice. I will delete it.”