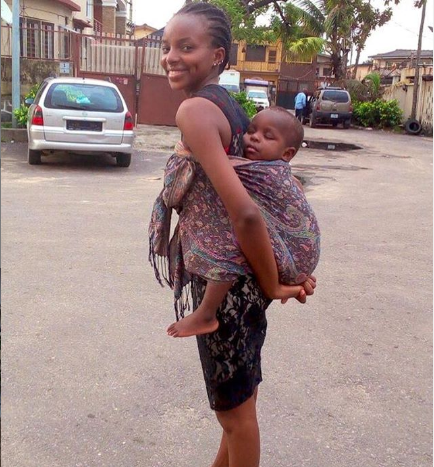 Actress, Yvonne Jegede Gushes About Enjoying The Benefits Of Motherhood

Blogger, Wathoni Anyansi has shared her experience about getting pregnant without having sex. Wathoni who is a Nigerian young mother, Entrepreneur and the CEO of Baby Talk Show, was a guest on Lolo Cynthia‘s show where she narrated how it all happened.

According to the mother-of-one who got pregnant at age 23 while still a virgin, she was shocked to find out she was expecting a child though she hadn’t gotten involved in anything other than foreplay.

In her narrative, the young mother said she was dating a guy and they would make out but they never had penetrative sex. Wathoni further disclosed that her boyfriend simply flapped his penis against her vagina and he ejaculated and that was it. But, unknown to her, she was ovulating ( a woman’s fertile window) at the time.

So she missed her period but didn’t take it serious as she knew that she was still a virgin and there was no way a virgin could get pregnant.

But to her surprise, five months after, she found out she was pregnant. Her lover was also shocked when her family invited him for a meeting and he insisted they had never made love but only made out.

In the interview, Wathoni revealed more and how her parents reacted. The media personality who shared the unusual story, wrote:

”Look! When I first heard her story I was shocked and skeptical.. I had to do my research and found out that it’s VERY possible. So of course, I had to Interview her. I got a medical doctor on set who broke it down for us!”