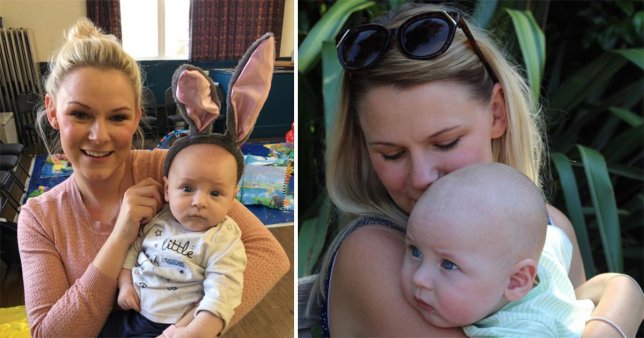 10 Practical Chores For Your Toddler

Research has shown that around one in five women will experience a pre or postpartum mental health problem up till a year after giving birth. Despite the prevalence of post- and perinatal mental health conditions, there is still an element of stigma and many new mothers are too afraid to seek help or admit that they are struggling after giving birth.

Awareness around postpartum depression in recent years, has grown and there is greater public understanding of the condition. But postpartum anxiety is still widely under-discussed in Nigeria.

As a result, many mothers fail to appreciate the seriousness of their condition or spot the warning signs so that they can get help.

After suffering recurrent miscarriages, Hannah Wilkinson and her husband finally had the baby they had been waiting for. They welcomed their bundle of joy 15 months ago. Initially it was a joyful time. But it wasn’t long before anxiety started to creep in and threatened to tear down Hannah’s idyllic new life as a mum.

”When I was expecting my little boy, one of my biggest fears, was developing post-natal depression. Having trained as doctor, I had seen it in its worst forms, and I was terrified it would happen to me. Thankfully, it didn’t – I was overjoyed when my little man entered the world and I have remained that way ever since.

What I wasn’t prepared for was the less frequently talked about condition, postnatal anxiety. It hit me like a tonne of bricks.”

The roots of Hannah’s condition took hold long before Finley arrived in the world. The residual pain and uncertainty caused by losing so many pregnancies lodged itself in Hannah’s heart – ready to reemerge as pure fear right at the moment when she was meant to be at her happiest. Hannah further explained:

”It was a struggle to have Finley. The miscarriages meant I had to have lots of investigations, genetic testing and finally medication.

It was a truly heart-breaking time and my entire pregnancy with Finley was swamped with fear that I would lose him. I know now that this is where my anxiety started, but I just kept thinking that once he arrived, I would feel better, because he would be in my arms and I could keep him safe.

By the time I had reached my due date, I was a nervous wreck and ended up begging for an induction. I didn’t trust my body as it had failed me so many times before, and I just needed my baby to arrive.

From the moment he arrived I was just overwhelmed with love and relief that he was finally here safely. Yes, the first three months were exhausting, but those intense emotions got me through it. I was OK.

It was when I got to four months that everything started going wrong. I started becoming obsessed with his safety and his well being. I no longer felt happy leaving him with anyone, including my husband, even for half an hour.

I was convinced that I had done everything wrong and that he was going to die. I would have an horrific vision when I laid him down in his cot – that I was kissing him for the final time in his coffin.

When he was in the bath, I was sure he would somehow wriggle out of my arms and drown. I would pass by the stairs and imagine accidentally throwing him down them. My biggest and most invasive fear was whenever I was in the car.

I was so convinced that he would die in his car seat that I would have to stop and repeatedly check he was still breathing. Even if I could rationalise these thoughts, which I mainly couldn’t, I would then convince myself that he was going to die of cancer in the future. It was horrific.” 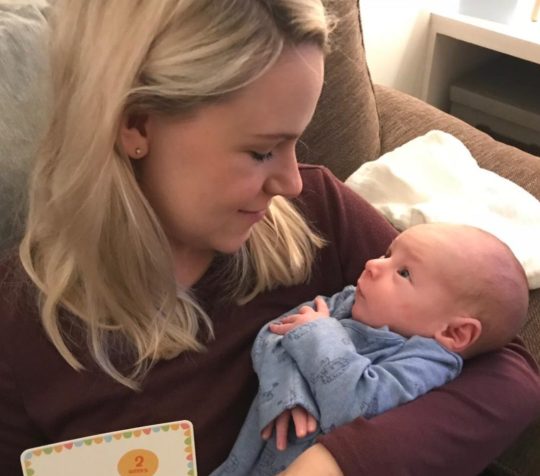 The first time mom realised something was wrong and that she couldn’t go on like this – but stigma and shame initially stopped her from asking for help. She added:

”I knew it was getting out of control and that I was getting worse, but I didn’t want to tell anyone because some of my visions were so disturbing, I was worried they would think I was crazy.

One day when I was out with some of my antenatal group friends and I mentioned how I couldn’t imagine life without Finley and worried about him dying.

One of them asked how often I thought about this and when I answered, “at least 10 times a day”, she said she thought I should speak to someone.

It all came to a head when I saw my health visitor. I used the excuse of needing to have Finley weighed to go and see her. ‘I didn’t know what to say to open the conversation, but as it happened, all she had to say was, “are you ok?” and I broke down.

My health visitor came to my house the following day and that was honestly one of the worst days of my motherhood journey. I sat rocking on my lounge floor, howling that he was going to die over and over again. The health visitor kept trying to reassure me that he was a healthy boy who was doing well, but I was convinced he would be taken away from me.

I remember asking her if she thought I had postnatal depression, but as she rightly pointed out, this wasn’t a mood problem – when I was with Finley I was beyond happy, he was and still is, my favourite person to spend my time with, but my anxiety was completely out of control.

She gave me a lot of advice, including seeing the GP for some medication and some cognitive behavioural therapy (CBT). I was adamant I didn’t want medication, although looking back with a clear head, I think it would have helped. Using CBT techniques and the support of my family and friends, who I finally opened up to, I was able to get my fears under control.”

For Hannah, getting help was the best thing she could have done. Working closely with a therapist and talking with her loved ones helped her to devise tools and strategies to quiet the negative thoughts and prevent them from spiraling. She continued:

”The best strategy I developed, was to count down from thirty in French whenever I would feel a vision or destructive thought coming into my head. I have never been great at French, so the concentration of doing this, distracted me enough to halt the invasive thoughts.

It took months to no longer have any of the visions and to be able to drive without stopping, but I got there. I appreciate that I was lucky to have such a fantastic health visitor who spotted that I was struggling and could quickly come to support me.

Without that visit that day, I daren’t think where I would have ended up. ‘I am no longer plagued with any of my fears and I’m absolutely loving being a mum to a now very cheeky 15-month-old.

My husband and I have just started talking about trying for a second child and I have every intention of speaking to the peri-natal mental health team to ensure I have some support in place to try to prevent this from happening again.

Obviously, this is just my story. Everyone’s is different, but I would urge anyone who is struggling to speak up and ask for help. There is no shame in it, and it doesn’t mean you are a bad mum. No one should ever have to suffer with postnatal depression or anxiety on their own.”

What is postnatal anxiety?

Postnatal anxiety is when you experience debilitating symptoms of anxiety after giving birth. While many people are aware that you can become depressed after having a baby, it’s less well known that many women experience anxiety during and after pregnancy.

In fact, it’s common to experience depression and anxiety together. There are loads of physical and emotional symptoms that you might feel if you are experiencing postnatal anxiety – you may experience just one of them, or many at the same time: Pins and needles, headaches, panic attacks, churning stomach, difficulty sleeping, feeling tense or on edge, dwelling on negative thoughts, fearing the worst.

Not only are you dealing with hormone fluctuations, but also sleep deprivation and high stress – which can all exacerbate the symptoms. It’s really important that new mums and pregnant women seek help from their GP if they are at all concerned about their mental health.

Strategies to help you cope with postnatal anxiety

2. You can listen to guided meditation online to help with sleep or download helpful apps like Calm.

3. Try to go for a walk if you can, getting out the house even for 10 minutes will help calm the mind and re-enegerise the body.

4. Having some self-affirmations can be helpful such as, “this thought will pass”, and, “I’m doing my best and that’s OK.”

5. Ask for support from family and friends, mothers often think they have to do it themselves, but having company and support will make it easier to self-care even if that means getting 20 minutes of sleep while your neighbour holds your baby.