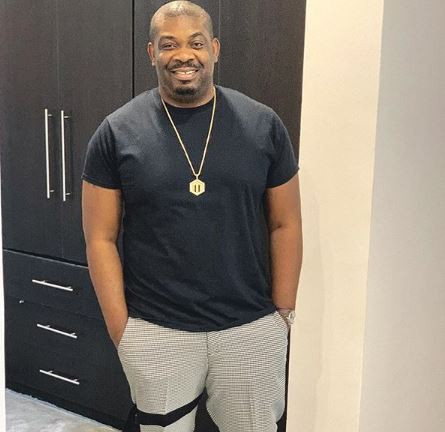 It used to be a burden that only women aged 30 and above had to bear from the society, but Mavin Records boss, Michael Ajereh popularly known as Don Jazzy, 36, has been under pressure from social media users to get married for some time now. He has endured been teased and called names for not being married or at least confirming he is in a relationship.

Famous for his music and humour, the Mavin boss seems to have grown a thick skin against comments on his marital status, after enduring the ruthless scrutiny of his sexual orientation and manliness from internet trolls all these years, the ‘Dorobucci’ crooner has finally opened up quite frankly about his position on marriage.

In an exclusive telephone chat with Saturday Beats, he confirmed that he deliberately avoids to speak about his relationships and why he is taking his time. He shared a lot of insights in his usual graceful but wise style.

Read his full comments below:

“I don’t bring up issues about my relationship status on purpose. People always talk about it though it is not difficult to find a wife; there are many beautiful women out there. It is not like I am ready; I am not the perfect version of what I would like to be to my wife and family.

I want to work on myself until I am ready. By the time I am ready, if someone still wants to be with me, that would be great. It is not like I am looking for a wife and cannot find one. There are lots of nice and beautiful ladies out there. I don’t think I am there yet. I am not in a hurry.

If time passes and nobody wants to marry me, then so be it but for now, I don’t feel I have worked on myself enough. I don’t want a scenario where I would get married and my music or business would take me away and the next thing would be that my wife would start complaining that I am hardly around.

Then people would start saying he doesn’t care about his family. I don’t need that type of talk in my life. Let me be on my own, whenever I am ready, I am ready. I have a girlfriend; I have had different girlfriends in the last 10 years. I can’t just be single; I never said I was celibate. The relationship can break, she can leave me and go, and it is possible.

My other ex-girlfriends left me, they didn’t break my heart, they just moved on, some of them are married now, if they were still waiting for me, they won’t be married by now. People have their personal agendas and it is understandable. For me, I am not in a hurry.”

On the baby mama/daddy trend popular with Nigerian celebrities, he stressed that he is without child and if any of his exes had a child by him, he was unaware.