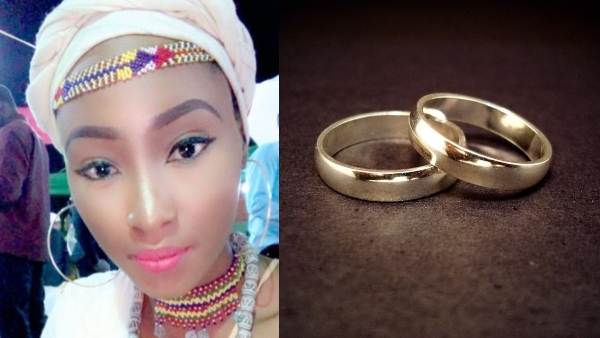 In a recent report, Muslim TV co-hostess, Akashat Ny’mat aired her controversial view on child marriage on The View, stating that she would allow her girl child to get married when she starts to have sexual urges.

While this statement elicited a lot of backlash from social media users, and viewers, it has also drawn the support of core Muslims and Islamic Northerners. One of which is twitter user identified as Sayyada.

Sayyada vowed that by the special grace of God, and the consent of her husband, if she notices that her daughter is getting too familiar with boys at the age of 16, she would marry her off, stating that she won’t allow westernization erode her culture and tradition. See what she wrote below…

“Insha Allah with the consent of my husband, my daughter will get married at 16 once I notice her being too familiar with a boy at that age. She should attend university in her husband’s house.”

In another tweet, the young woman expressed that her statement applies also to her son. Sayyada said:

“If at 16 my son starts misbehaving, we shall find him a wife sharply. We won’t allow westernization to tamper with our religion and culture.”

She wrote in another tweet: ”I want to be a slave to my husband. Cook his meals, wash his clothes and do everything he seeks for without having a second thought. Husbands are Kings and deserve to be treated like kings.”

While some Twitter users are appalled by this, surprisingly, she got a lot of support from some Northerners who believe early marriage is the best way to avoid fornication.

It’s your culture, not Islam. You are giving your daughter out as a result of your failure to educate your baby on sex education. Now you want to throw her out as a premature bride to go execute her ignorance. Madam don’t leave your bundle of joy in the hands of chance.

I just discussed this with my wife few moments ago. The only difference is if the child (whether male or female) is not capable of financial sustenance for his/her education, I’ll support them and provide for them till they are capable as a couple.

We have seen many marriages of minors, who don’t know their left from right and the outcomes, if they are left to run it. It is not palatable. When the boy grows up more, the tendency for changes in dynamics (interest, feelings, etc) is also there. These are critical factors.

In as much that it’s your prerogative to do as you wish with your kids,the institution of marriage is beyond a girl becoming familiar with a boy, even when they are “toddlers”. It is a serious business! What happens after marriage is far critical than just joining them together.

Reality Star, Leo DaSilva Warns Of The Looming Dangers If Kids Begging On The Streets Are Not Given Educational Opportunities

This is coming after a TVC c0-presenter Akashat Ny’mat, spoke out in support of child marriage (read here). Reacting to the pre-wedding photos of two teenagers who recently tied the knot in Sokoto, Ny’mat revealed that child marriage should be encouraged should the kids involved start having sexual urges.

According to her, it is the best alternatives. In her words:

”The act is not necessarily ‘Islamic’. But when sexual urges start to come, one of the best alternatives is to allow them get married.” 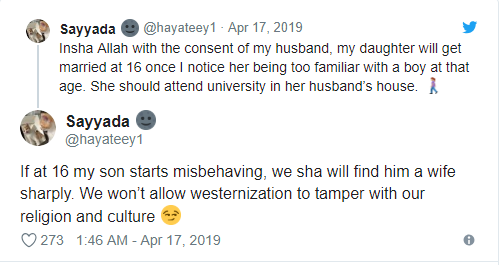 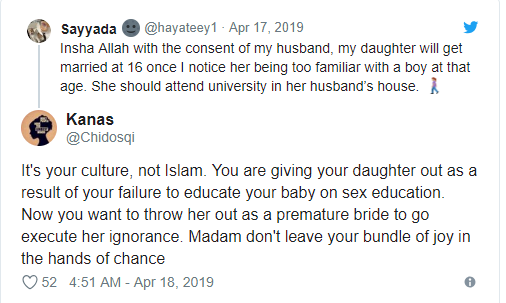 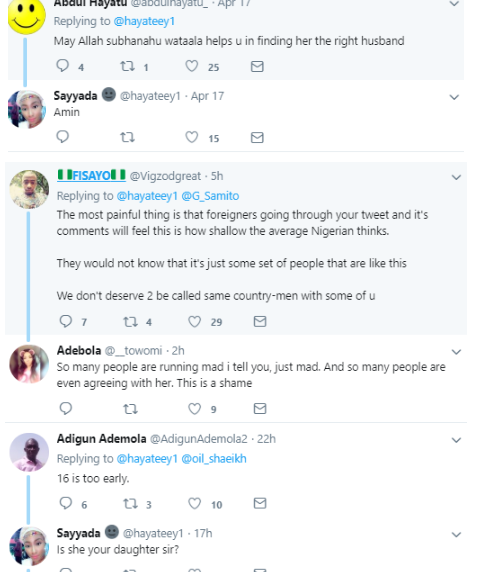 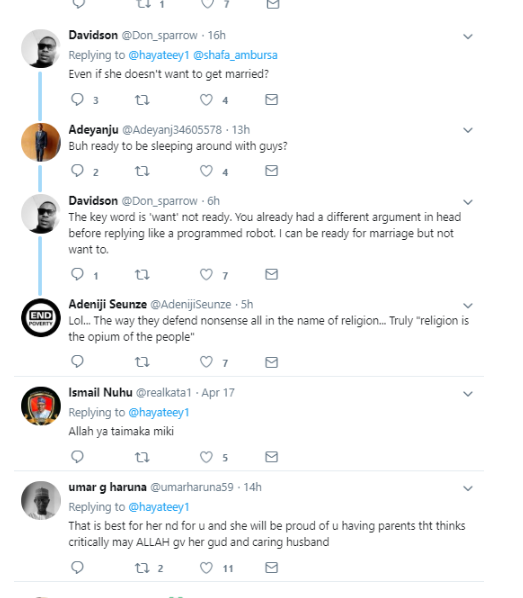 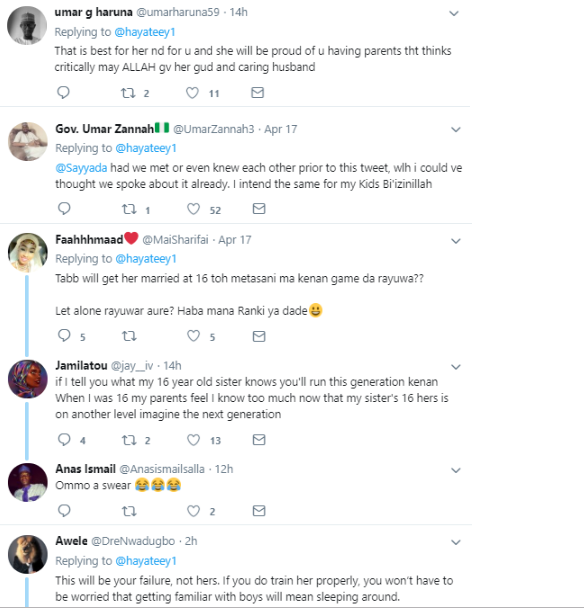