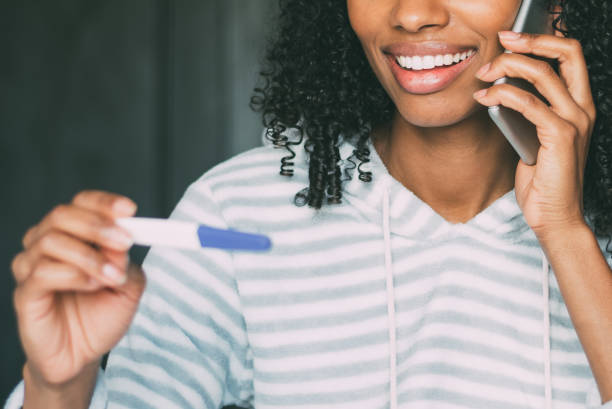 Singer, Pink, Tells Why She Will No Longer Post Her Children’s Photos On Social Media

When you are ready or preparing to conceive, it is important that you pay attention to your body and prepare it for the big fat positive sign you are hoping for. Behind your baby-making, you want some planning done to avoid undue delays. Follow this 7-step plan…

1. Get Off Birth Control

Ahead of the time you are looking to conceive, get off your birth control pills. That goes for other forms of hormonal birth control too including Depo-Provera and injectable shots of progesterone. Some medical experts advise you stop getting the last mentioned two about nine months before you want to try getting pregnant.

2. Figure Out Your Ovulation

Getting pregnant among other factors rests heavily on whether or not you are ovulating at the time you and your spouse get in the baby making act. The biggest mistake you could make in trying to get pregnant is not knowing exactly when you are ovulating. During ovulation, your matured egg is ready and excited to be fertilised and that is your fertile period, which lasts about three days.

For some women, their periods are regular and pinpointing ovulation is not a problem at all; some other women will require help figuring out their ovulation.

Your doctor may recommend using ovulation predictor kits (OPKs) for a more accurate measure of ovulation, or help you with supplements in the event your hormones are not in their perfect numbers.Though you can still use basal body temperature (BBT) charting.

Please note that for the most approximate way to determine when you ovulate, subtract 14 from the length of your cycle.

3. Have Sex Before You Ovulate

Egg released from the ovary during ovulation is ready for fertilisation but can only survive for 12 to 24 hours after it is released. Sperm on the other hand can stick around and be active in your uterus and fallopian tubes for two to three days. So having sex before you ovulate boosts the chances that there will be sperm around to greet your egg as soon as it is released.

Be deliberate about your intention to get pregnant by having sex a couple of times a week, this means you won’t miss your most fertile time, especially if your cycle length varies from month to month. When you have a positive result on your Ovulation prediction kit (OPK), have sex that day and the next two days—these are your prime days out of the month to conceive.

4. Know The Best Time and Position For Sex

Apart from widespread tales of certain sex positions been the best for couples who want a baby, it does not seem like there is much  medical evidence to support the notions. While, some sources report that sperm count is highest in the morning, you don’t have to follow that strictly as a guide for when to have sex.

For instance, getting at the act at night just before bed is an easy way to ensure you stay on your back afterward, even though many reports do not consider raising the leg up after intercourse very helpful in pushing the sperm downward.

Some people believe lubricants can help the sperm slide down more quickly, but the truth is that this can actually slow down your pregnancy efforts. Many formulas may alter the pH balance in the vagina and decrease sperm mobility.

Again, orgasms have been speculated to boost chances of getting pregnant but reports suggest it is not exactly true and you will get pregnant just as quickly without that post coital bliss, all other things being equal.

6. Get Ready To Test

The earlier you know you are pregnant, the sooner and better you can see your doctor and start antenatal care. You can test at home using the conventional pregnancy test kits or you can have your doctor run a blood test. You can start testing ten days after your ovulation.

7. Be Prepared To Try Again

Don’t get upset if it doesn’t happen in the very first month. Most couples don’t succeed the first time too, it takes an average of 6 months to get it right. Again, it’s possible that you may have miscalculated your fertile window,so your partner’s sperm never had the chance to fertilize your egg. Prepare to try again next month.