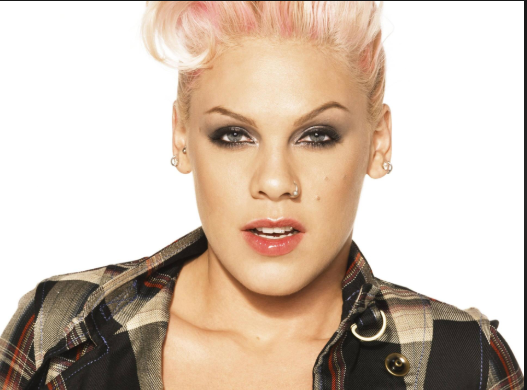 Things We Do For Love: Mexican Man, César Arnoldo Gómez, Hospitalised And Jailed In Love’s Name

American singer and songwriter, Alecia Beth Moore, 39, known professionally as Pink, is opening up about her secret heartache of having “several miscarriages” when she was only a teenager.

While addressing lyrics on her album Hurts 2B Human, the award-winning star said she was prepared to have the child after falling pregnant as a teenager. But she lost the baby and has lost “several” other pregnancies since then.

Pink, who is now a mother to two adorable children said she felt like her body was “broken” and “hated her” because it failed to give her a child. Pink told USA Today Opens a New Window:

“The reason I said [those lyrics] is because I’ve always had this very tomboy, very strong gymnast body, but actually at 17 I had a miscarriage.

And I was going to have that child. But when that happens to a woman or a young girl, you feel like your body hates you and like your body is broken, and it’s not doing what it’s supposed to do.

I’ve had several miscarriages since, so I think it’s important to talk about what you’re ashamed of, who you really are and the painful (expletive). I’ve always written that way.”

READ ALSO: “Everything I do as a parent is what I swore I would never do” – Pink Talks Parenting Her Two Kids

When asked about her song, “Happy,” and its lyrics, Pink told the publication:

“Since I was 17, I’ve always hated my body / and it feels like my body’s hated me. The reason I said [that] is because I’ve always had this very tomboy, very strong gymnast body, but actually at 17 I had a miscarriage. And I was going to have that child.

But when that happens to a woman or a young girl, you feel like your body hates you and like your body is broken, and it’s not doing what it’s supposed to do.”

When she was 22, around the time she released her hit 2001 album Missundaztood, Pink sought out a therapist, whom she has been seeing ever since. Pink explained:

“I believe in self-confrontation and just getting things out. What I love about therapy is that they’ll tell you what your blind spots are. Although that’s uncomfortable and painful, it gives you something to work with.

‘You’re Not Doing Your Wife A Favor When You Pay Bills” -ROK TV Boss And Mom, Mary Remmy Njoku Writes To Nigerian Men

I think the reason I can go to such uncomfortable places and be so honest is because I have a really healthy sense of humor. I’m extremely self-deprecating, and when (expletive) goes bad — which in any life is inevitable — you’ve just got to find the funny. It’s because I can laugh that I can cry so hard.”

READ ALSO: How Erin Boelhower Became a Mom After 6 Miscarriages And More Than 600 IVF Injections 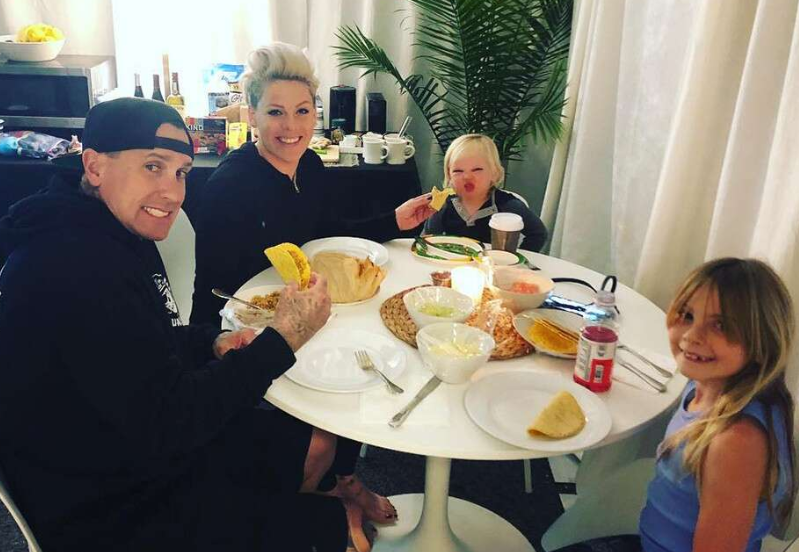 Pink first spoke about having a miscarriage in 2010 on The Ellen DeGeneres Show. At the time, she was pregnant with her daughter Willow and she was nervous about losing her. Willow, 7, was later born in 2011. She also went on to have son, Jameson, 2, in 2016.

READ ALSO: That Moment American Singer, Pink’s Kids Gave Her The Best ‘Grammy Award’ Is Everything

The American star is married to Carey Hart. The famous couple has been together since 2001. While they called things off in 2003 for a year, they ended up getting married in 2006. The two separated for a second time in 2008 before getting back together.Just last week, she told Ellen DeGeneres how she’s “prouder” of having her kids out of anything she’s ever done. However, she revealed that she wouldn’t be sharing them on social media anymore (read here). She said with some emotion in her voice:

“I like to share my family. It’s my proudest moment in my whole life. I’m prouder of my kids than anything I’ve ever done. I won’t share them anymore. I won’t do it. I’m not posting pictures of them anymore.”