Duchess of Sussex, Meghan Markle and her husband, Prince Harry are officially parents.

Just weeks ahead of their first wedding anniversary, the royal couple have welcomed their first child, a baby boy. Meghan went into labour in the early hours of this morning after being overdue for more than a week.

The announcement was made on their social media on Monday morning. In another statement released by the royal family, Meghan and her child were “both doing well”, and that the Queen was “delighted” with the news.

The statement also revealed that Meghan’s mother Doria Ragland was currently with Meghan at Frogmore Cottage, suggesting Meghan eventually had a home birth as she wanted. The statement reads: 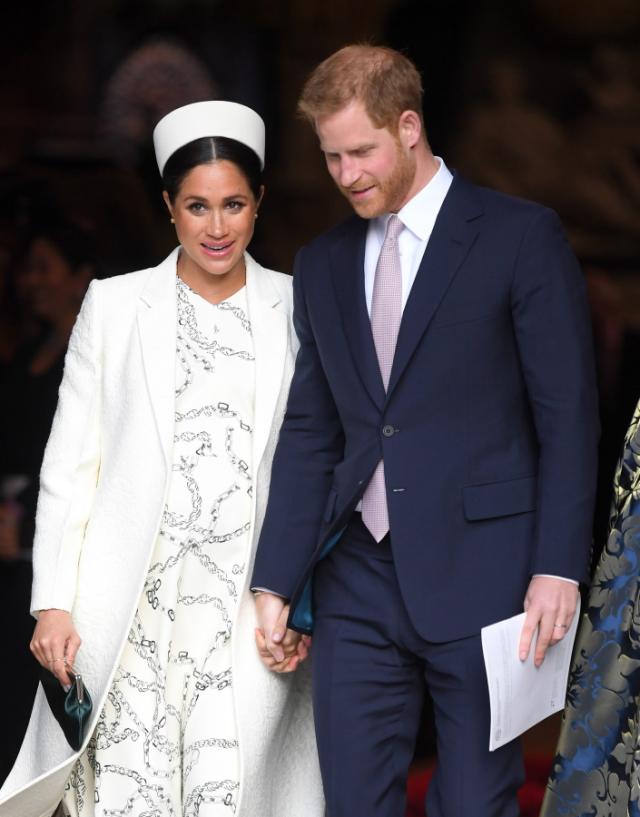 The Duchess and baby are both healthy and well, and the couple thank members of the public for their shared excitement and support during this very special time in their lives.”

#Meghan had a baby boy at 05.26am this morning. He weighs 7lbs 3oz. Harry was by her side. pic.twitter.com/7bfQXWWXFS

A visibly overjoyed Prince Harry also spoke to the press about becoming a father, saying he was “incredibly proud” of Meghan, who, along with their son, is doing “incredibly well.”

“I’m very excited to announce that Meghan and myself had a baby boy this morning, a very healthy baby boy. I’m so incredibly proud of my wife. It’s brilliant, I’m absolutely thrilled.

We’re really grateful for all the love and support shown to us. It’s been overdue so we have had a little bit of time to think about names so that’s the next bit.

I haven’t been at many births. This is my first birth. It was amazing and absolutely incredible. I’m incredibly proud of my wife. Every father and parent will say your baby is absolutely amazing but this little thing is absolutely to die for. I’m over the moon.”

Prince Harry: "It's been the most amazing experience I could ever have possibly imagined. How any woman does what they do is beyond comprehension… I’m so incredibly proud of my wife.” pic.twitter.com/j0vIjTEzmt

On April 11, palace officials revealed that the new parents would wait to announce the birth to allow themselves the “opportunity to celebrate privately as a family.”

Now that the proverbial cat is out of the bag, here’s everything we know about the royal baby.

The 37-year-old duchess went into labor in the early hours of Monday, May 6 and her husband was by her side. Prince Harry confirmed that the baby was overdue.

Family members were informed of the new arrival — which happened at 5:26 a.m GMT — and family members including the Queen, the Duke and Duchess of Cambridge, the Prince of Wales and more were informed shortly thereafter and are “delighted with the news.”