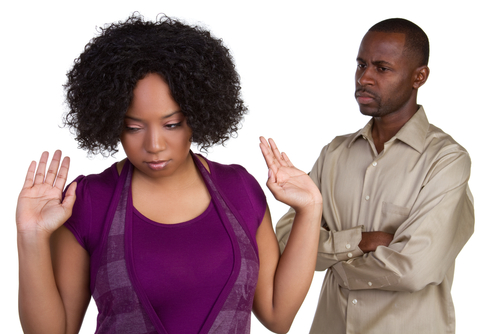 My people on MIM, I tell you, the greatest danger to most marriages are In-laws. If only they would know their limits, many wives would have a happily ever after married life but would they?! My marriage is only 2-years old and already, I am made to inherit my parents-in law palaver, especially my FIL. Which one is my own now?

PILs separated while their 4 children were much younger. Story has it that FIL worked in a bank and would go for anything in skirt. He was also accused of being irresponsible at the home front; an abusive husband and father. MIL on her own is illiterate but very industrious. FIL would not give house allowance but would always remind her that he was the head of the family. She ended up raising their four children all alone.

I learnt that at a point, FIL abandoned his family and went away with another woman. MIL did not fight for him but doubled her hustle; determined that she would make it in life with or without his help. She saw all their children through secondary school education and afterwards, told each one of them to fight for his/her life. She told them that whoever wished to go further from thence would be self-sponsored.

And hubby, being the first child, got various menial jobs and saw himself through the university. Only one of them did not go beyond secondary school, he was very rascally. MIL says he reminds her of his useless father.

There was a period the banking industry in Nigeria had mass retrenchment. Well, FIL was amongst those the tsunami swept away. The strange woman abandoned him ‘shaperly’ and when he tried to return to his family, MIL fenced him off. So without a choice, (being that he had taken so much loan from his office and on his exit, he was left with little or nothing due to his debt status) he returned to the village.

The village was where he was till it was time for hubby to get married. He came down to Lagos to attend our wedding but MIL wouldn’t allow him stay in her house. By then, MIL had built a bungalow in which she lived with her children. Hubby and his immediate younger sister got a temporary accommodation for FIL so that he could be part of the wedding but MIL ignored him all through and many people scolded her for being so difficult but did she care! She told all of them off and said if it was left to her, FIL would not have heard about the ceremony.

After our wedding, FIL refused to go back to the village. He said he wants to stay in Lagos and make something of his life. MIL insisted that if the children forced their father on her, she would kill him before daybreak.

Can you believe what hubby did? He brought his father into our home. I kicked against it but hubby and his siblings pleaded with me and promised me that they were pooling resources together to secure an accommodation for him. Our apartment is just a room and parlour self-contained yet they brought the man into my home. Soon enough, I became pregnant but it was a difficult one. I was ill all through and because my mum stays outside Lagos, MIL was the only one who could come stay with me but she refused. She said as long as FIL was in my house, she would not come. She insisted I came to hers so I did but it was a very uncomfortable arrangement for me. Two weeks after, I returned to my house which had been turned into a pigsty and in my condition, I had to get down to scrubbing and cleaning.

READ ALSO: Dear MIMsters: I Don&#8217;t Know What To Do About This Dicey Situation With My Husband

FIL has stayed with us for 2-years now. Hubby and his siblings are yet to get him an apartment, and MIL has refused to let him move in with her. SIL got married early this year but she wouldn’t allow FIL to move in with her. She says her husband would kick against it. Can you beat that?

Let me not get started on the many terrible habits of FIL top of which is that he is a slob. He never cleans after himself whenever he uses the toilet. And even though he knows I am a nursing mum, he stresses me too much. He is choosy when it comes to what he would eat and he expects me to do his laundry, too. FIL’s matter constitutes 95% of the misunderstandings in my marriage which are fast becoming too frequent. I haven’t enjoyed this marriage and it makes me very unhappy.

Last Friday, hubby and I had a vigil to attend in church so we left FIL at home. When we got to church, Sarah, my 9-months old daughter developed a fever and I quickly dashed home to get her medication. As I opened the door to our apartment, what did I find? FIL making love to a woman I had never seen in my life, in my matrimonial bed!

The silly woman had the guts to ask me who I was when they both saw me. Now, FIL wasn’t remorseful. He just asked me what I was doing back before dawn. I called hubby and asked him to come home immediately so that he could witness what his father has done.

This is the final straw that breaks the camel’s back. FIL must leave my house and I am not backing down. Hubby is begging, his siblings are begging while MIL is mocking us. She says a leopard can never change its spot.

Why should I be the one to inherit my parents’-in law palaver? I am not backing down! FIL must leave my home now or I would leave with my daughter.