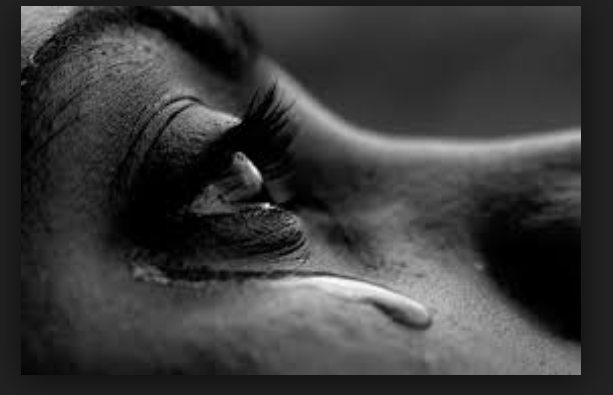 Toke is my younger sister. She will be 32 in August while I was 38 in April. Toke and I are the only children of our parents who TTC for a long time before they had me. It took them another 6 years to have her and after wards, tried as much as they did, they couldn’t have another. My mum would be 69 in December while my dad will be 72 in July. The two of them have lived for Toke and I all their lives. They gave us the best of education and they have never held anything back to ensure our happiness.

And even though they rarely say it to us, I know they are worried about our singleness. Why I haven’t been fortunate in my relationships, Toke has always been but she is too choosy. She has a tall list of the things she would not accept in a man coupled with a picture perfect kind of home. In as much as I try to talk to her, she throws my words back at me saying it is because I compromise that no man has proposed to me.

READ ALSO: Dear MIMsters: Why I Decided To Call Off My Wedding, Scheduled To Hold Today

Toke was in a relationship with a guy, Tosin for 3-years and just like that, she called the relationship off. Why? She saw Tosin’s indecent chat with one of his colleagues at work. She said she can’t deal with a cheat. Tosin explained to her that the said colleague was just teasing him but Toke would have none of it.

She has had 2 other relationships after Tosin but she walked out of those ones too. She keeps saying she knows what she doesn’t want in a man. Eventually, she got into a relationship with Jide and all seemed well. We even thought that the difference in religion would put her off but she says Jide was her type of man.

After about 1 year plus courtship, they decided to get married and plans started in earnest. Asoebi sorted out, venue sorted out, catering, cakes, entertainment… everything needed to have a classy wedding has been sorted out.

Two Fridays ago, Toke called from work that she would be staying over at Jide’s. She has never slept over at any man’s place so we assumed this is real. More so, their wedding is less than a month away.

She returned home the following day and all seemed well. She left for work on Monday, returned home and said she had commenced her annual leave. She told us she wanted to go outside Lagos for some time. She left the house, and that was all we heard from her till a week later. Her phone line was switched off, we could not reach her, Jide could not reach her, the whole family and friends were besides ourselves only for my sister to call me 4 days ago that she wasn’t going ahead with the wedding. She said she cannot marry a man like Jide. She said I should help her inform our parents that she is no longer interested.

READ ALSO: Dear MIMsters: Are these flags red enough to call off our wedding?

My father invited Jide over so that he could understand what was really happening. It was from him that we got what formed my sister’s decision.

Jide said he had always invited her to sleep over at his place but she had always refused his invitation. Unplanned, Toke showed up at his place that Friday night and said she was going to spend the whole weekend with him. She asked to work with his laptop and he obliged her. He did not know that Toke spent time ransacking all the files on his laptop until she brought his attention to a file that bore his relocation documents. He said he had always dreamed of living in Australia and he has plans of relocating after their wedding. He said he did not bother to tell my sister about it because he was waiting for the right time to do so.

When my father asked him when the right time would be, he said their wedding night. He said it was one of the surprises he was putting together for her. Another one was a landed property he just acquired which he planned to use in starting a manufacturing company. Jide told my father that Toke confronted him when she found those documents on his laptop and he tried his best possible to explain to her like he was doing to my dad but she told him off. He said Toke alleged that if he was making such delicate plans about the future and did not think of carrying her along, then she was not sure he is right for her. She returned the engagement ring he had given her and cut short her stay. He said he had tried all means to apologize to her but she wouldn’t budge. She had shut him off, too.

READ ALSO: Dear MIMsters: Should I Worry About Life After Our Wedding Or Just Take One Day at a Time?

Well, their wedding was scheduled for next Saturday and we were all hoping she would come around before that day only for her chief bridesmaid to forward Toke’s message to her friends to me. In the message, my sister wrote that due to irreconcilable differences, her wedding to Jide has been called off. She apologized for the inconveniences and told her friends not to attempt contacting her. She said she would get in touch with them in due time.

My parents have been in tears since I showed them the message, yet Toke has refused to budge. She is the only one who can reach us for now. This is just too much for us to bear. I think my sister is too selfish to not consider our poor parents before taking such a huge decision. We are trusting God for His intervention.