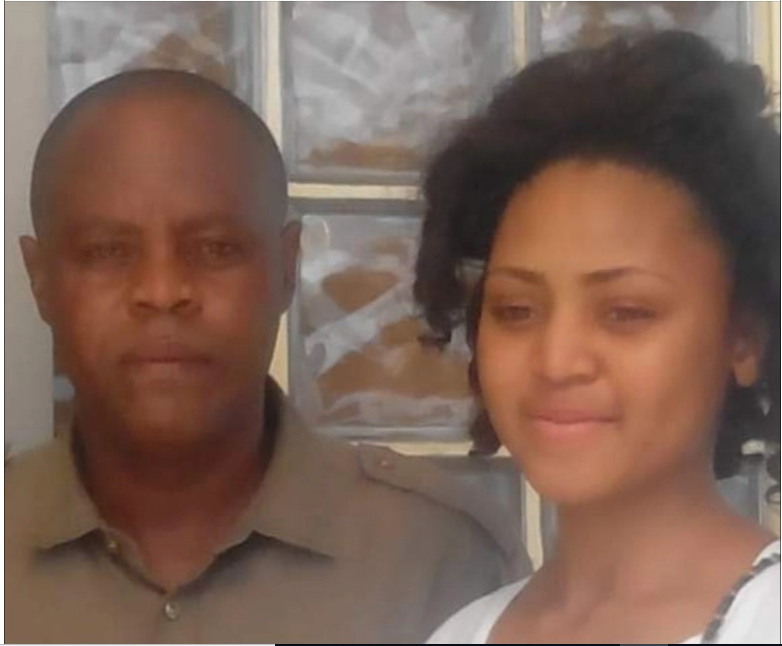 A lawyer claiming to be Regina Daniels’ biological father has reacted to the news of her traditional marriage to billionaire politician, Ned Nwoko.

Jude Ojeogwu, a lawyer practicing in Lagos, condemned the marriage between his daughter and the much older man. He said he is not aware of the union and didn’t consent to it.

According to popular blog site, LindaIkejiBlog, Jude emphasised that he is the real father of the former child actress and has photos of her from her naming ceremony to her child dedication to prove this.

In a Facebook post, Jude declared Rita Daniel, his ex-wife and mother of Regina is treading a dangerous path by boycotting him to get his daughter married.

The distraught lawyer went on to say all efforts to reach Mr Ned proved abortive and the implication is that Regina, his supposed daughter impregnated herself.

Read his reaction to her traditional marriage holding today below:

“Regina daniel Ojeogwu is my biological daughter.What ever is ongoing is not to my knowledge and without my consent.

The fact speaks for itself looking at the picture. Her mother Rita daniel is threading on a dangerous path and I hope she will retrace her steps.

Talent Manager, Lady Kara Comes Hard On Married BBNaija Star, Tega, After Crying About Online Bullying Over Her ‘Abominable’ Actions On The Show

Regina is from ogwashi uku and not from olor as being rumored. All the opportunities for Mr Ned nwoko to discuss with me proved abortive not realising that we once lived in the same house in awoyokun street, onikpan, Lagos.

The implication of all this is that she inpregnated herself. The name Regina was my late mother’s name. I have tried to exercise restraint but Regina mother kept pushing me to wall. 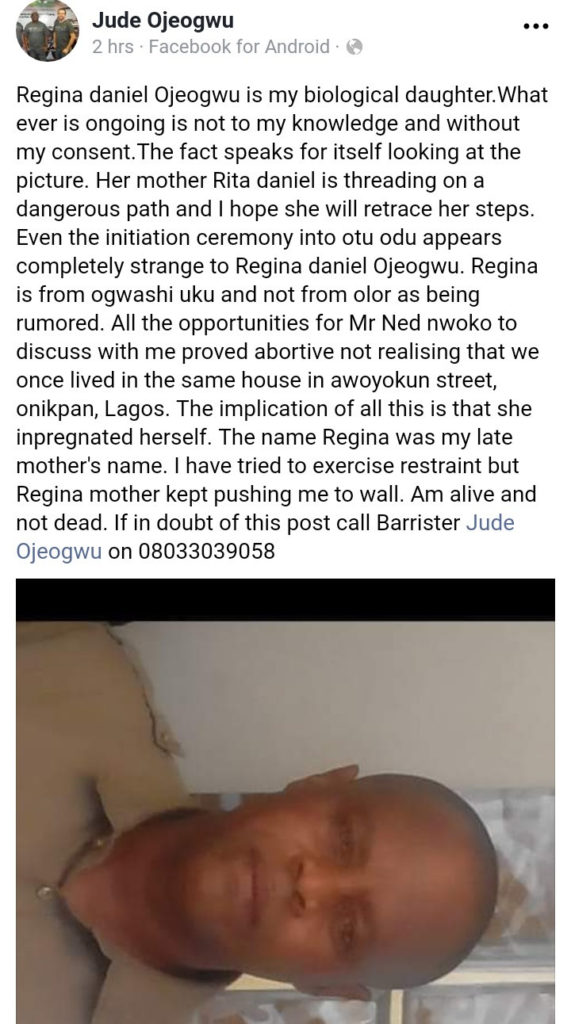