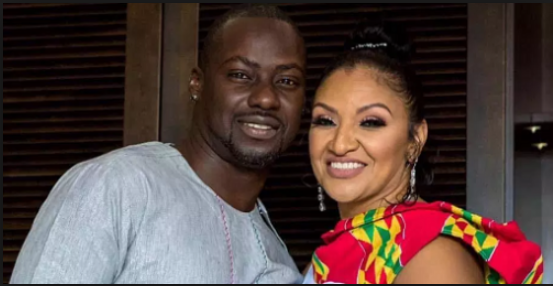 Few days after a sketch of the suspect who shot Bettie Jennifer dead was released, the US Police has disclosed that Ghanian actor, Chris Attoh is now a suspect in his wife’s murder.

George Matthews, a spokesman for the US police agency in Washington, D.C. who confirmed that Chris Attoh is now a suspect in his wife’s murder, said they are now investigating Chris Attoh’s tweet which came up few minutes before the murder of his wife.

“That’s all part of the investigation. As far as I know, [Attoh is] fully cooperating,”

said George Matthews according to a report by Ghanaweb.

“This happened in broad daylight, in front of multiple witnesses, right in front of an office complex. Around 5 p.m. Friday, Jenifer walked out of the office building and headed to her car. She saw a man with a gun and started running.

(She) was chased by the suspect who fired multiple shots at the victim striking her twice, once fatally in the head,

Investigators are casting a wide net to try to find the suspect. The man is described as a black male, thin build, bearing a black, sleeveless top.

He got into a blue vehicle and took off after killing Jenifer. Nowadays, you always want to look at social media,” 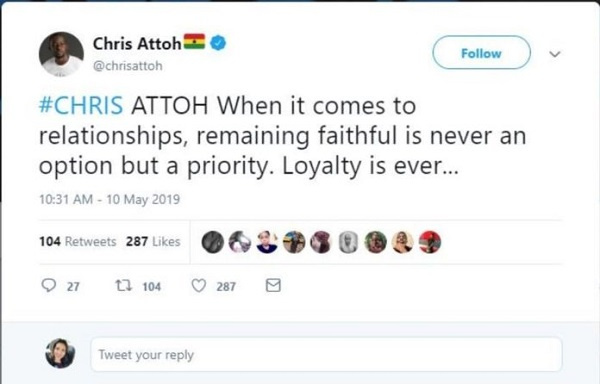 Chris was formerly married to Tinsel co-star Damilola Adegbite. The two got married in 2015 but were divorced by 2017; they share a son together.

In October last year, the dad-of-one found love again and married Bettie, but their union did not last up to a year following Bettie’s murder earlier this month.