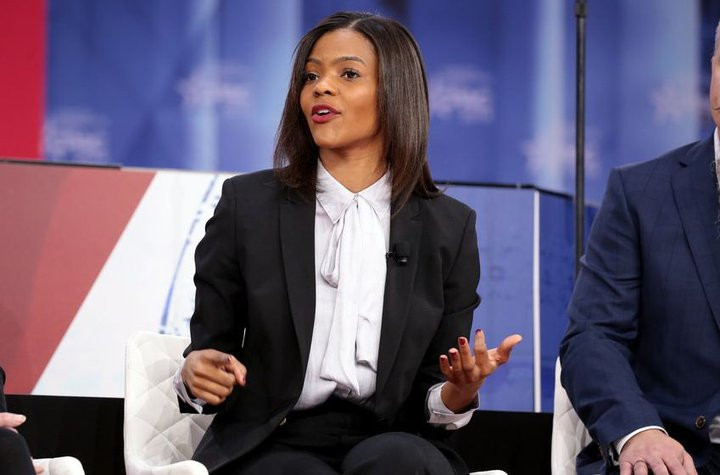 US activist, Candace Owens, 30,  kicked off Turning Point USA’s (TPUSA) Young Women’s Leadership Summit Thursday last week and blasted the “scam” called feminism during a passionate speech. The “BLEXIT” founder argued that feminism — once a good thing — has been hijacked by the left, and that she learned too late that feminism is a scam which is about tearing women down and rendering them unhappy.

She told the crowd about an upsetting comment she read online after having a conversation on the dangers of feminism with Allie Beth Stuckey. The comment was from a 55-year-old woman, who said she fell for the modern day feminist lies, leaving her with no husband or children and forcing her to take medication regularly. She now has to take medicine to keep her happy.

“If there’s anything I could go back and do, I would’ve warned myself against the scam of feminism,”

Owens brought up a number of far-left feminist icons in Hollywood, including Lena Dunham, Miley Cyrus, and Chelsea Handler, questioning the attendees if anyone thought those women were truly happy?

“I believe these voices like Lena Dunham, and Miley Cyrus, and Chelsea Handler are convincing women against themselves, telling women, ‘You don’t need a man. You don’t need anyone.

You should want to do everything by yourself. And if you do aspire to that — if you aspire toward nature — then something’s wrong with you,’”

She told the crowd to “pause” and ask the following question: “Who is the most extreme feminist you know today ?” Owens named Handler, Dunham, Sarah Silverman, and Alyssa Milano as some that came to mind.

“Ask yourself a very simple question: Do you think those women are happy?”

‘Virginity Is No Guarantee For Fertility’ -Nigerian Pastor’s Wife Who Welcomed 1st Child After 15 Years Shares On Her Years Of Waiting, The Lies, Mockery She And Her Husband Faced And More

“There’s no chance that they’re happy.”

I learned too late that feminism is a scam. It’s about tearing women down. It makes women unhappy – Candace Owens
pic.twitter.com/qDfD6XdLTf