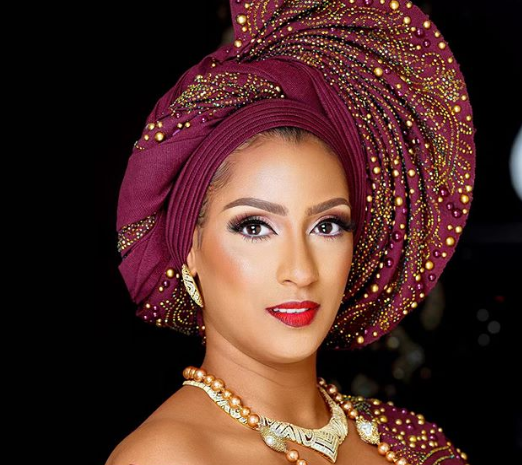 After two failed relationships in her life, screen goddess and brand influencer, Juliet Ibrahim has made very thought-provoking insights from her perspective regarding choosing the right man for marriage.

In a lengthy post she shared via Instagram, the single mother of one shared some words of motivation to mothers especially single mothers, advising them to be very careful when choosing their baby father.

Miss Ibrahim, who continued in her campaign for single moms to have a better life, also spoke vividly about an absentee father.

According to the multiple award-winning actress who sounded bitter in the post, an absentee father is better than an abusive or deadbeat one. In her words, it is better or a child to live without a father than to live with an abusive one.

The actress also took a leap into the way women are chastised and labelled with names when they decide to end a relationship that has proved unhealthy for them.

Juliet added that it is unreasonable to hold anyone accountable for their relationship status after their parental status has changed. She went further to explain her claims while defending it saying;

SEE ALSO: Ghanaian Actress, Juliet Ibrahim Makes A Case For Single Mothers And It Is Spot On

”Let’s not fool ourselves into thinking that any woman grows up with aspirations of raising a child by herself. Why is it that when a woman has sex with, someone, be it a boyfriend or her husband, & she’s left alone, that’s a reflection of her ability to make a sound decision?

What we’re saying is; She should have been able to see into the future & know that the man she was having sex wit would leave. Either that, or we believe a woman should expect that by default, men will not handle their responsibilities.

Now, if a woman did believe that, she would be labeled as “bitter” or “scorned”, labels that already plague single mothers. The woman will have her guard up & would be used against her that she doesn’t see a man for his potential & holds on to her past.

That is; if you’re never expected to do right, it won’t be counted as your fault when you do wrong. It becomes more of a responsibility of the person who was wronged to know that who she was dealing with would do her wrong, instead of the one who did her wrong to simply not be an asshole.

READ ALSO: ‘There is no way we are getting back together’ – Juliet Ibrahim On Ex-husband & More

Why is the blame always on the woman just because it was her choice to end that relationship & the same applies to a single dad. Two people who were great for each other at a particular time in their lives may be better off finding love elsewhere after time has passed or things change.

So it’s unreasonable to hold anyone accountable for their relationship status after their parental status has changed. This is why some women find themselves putting up with a toxic relationship because of this fear.

They have to choose between being stranded or being damaged & unfortunately, choose the latter. Many single mothers chose to face that fear despite the stigma. Even for sake of family, it benefits no one to remain in an unhealthy relationship.

An absentee father is better than an abusive or deadbeat one. When a woman chooses to face judgment, stress & responsibility for her child as opposed to a miserable relationship at d cost of her Mental & physical Health, it’s worth being commended.”

READ ALSO: 5 Things to Consider to Successful Raise a Child as a Single Mum 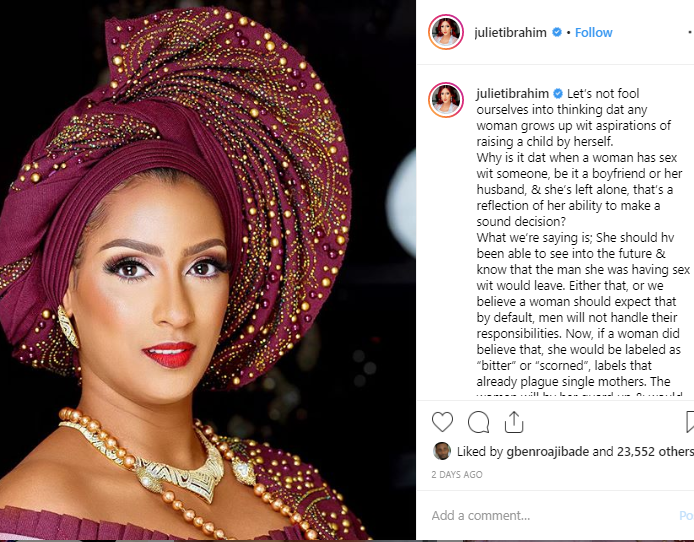