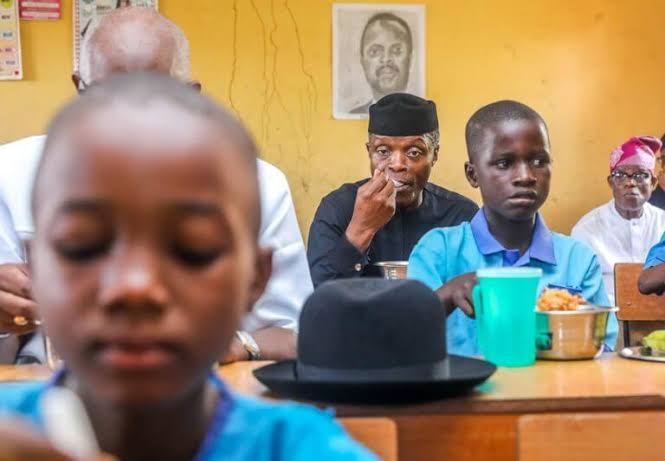 There had been reports of poor quality food, insufficient and irregular supply of food, as well as late disbursement of funds by the government in the affected states. Reacting to the development, Uwais said the Federal Government had started conducting a headcount of pupils being fed under the programme.

She explained that the National Social Investment Office had engaged the National Bureau of Statistics to conduct a headcount of pupils and those cooking the food under the intervention programme.

Uwais said the outcome of the data in the affected states, including Akwa Ibom and Niger were being reconciled, adding that it became necessary to do this due to the discovery of a  disagreement between the figures provided by officials of the State Universal Basic Education Board and what the monitors on the field actually reported.

Uwais said the Federal Government had started conducting a headcount of pupils being fed under the programme. She also noted that pupils had not been fed since April due to reconciliation efforts.

“We have been reconciling the data in the states after engaging the NBS to conduct a headcount of pupils and cooks for us. Essentially, we found conflicting reports of the figures between official SUBEB figures and reports from monitors in the field.

“We mobilised the NBS to venture into all government-owned primary schools where we are feeding to confirm the numbers and those actually feeding. So yes, we haven’t fed the pupils since April due to reconciliation efforts, as some of the states are contesting the figures. We (will) start feeding on June 24 for the states that have been feeding, irrespective of their protests. That is the cut-off-date for all protests.”

The Buhari-led administration had structured the programme to be impact-oriented, specifically catering to the needs of the poor, the vulnerable and those at the bottom of the social ladder without access to finance.

Uwais had last month said the thrust from inception had been to provide a nourishing and balanced meal for 200 school days in a year to pupils in classes one to three in public primary schools so as to boost enrolment, increase the cognitive function in children and battle malnutrition.

“Nigeria is fast on its way to becoming the leader in Africa by feeding over 9.7 million pupils and still counting.”

To implement the programme, she said the government required 94 metric tons of fish, 7,260,862 eggs and 767 cattle slaughtered for the pupils being fed.  She added that fruits, vegetables and grains were part of the carefully thought-out balanced diet for all of the pupils.