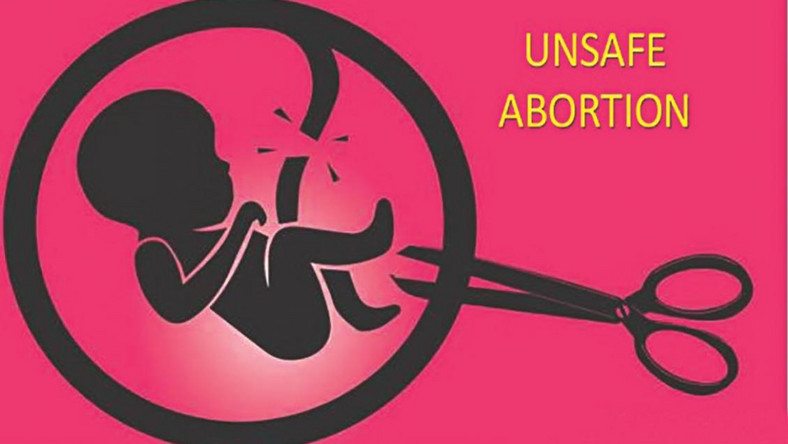 Nigerian Mom, Tola Makinde Takes Us Through What It’s Like Raising Her Special Needs Daughter, Moyinoluwa & How She’s Helping Her Break Boundaries

The statistics for Nigerian women who die annually from unsafe abortion has been pegged at a worrisome number. The Head of Department, Obstetrics and Gynaecology, Federal Teaching Hospital, Gombe, Dr. Christopher Lamai, made the disclosure to the Nation Newspaper at the capacity building workshop for journalist on Sexual Reproductive Health and Rights (WSRHR) organized by Ipas Nigeria, an international NGO on Tuesday in Gombe.

According to Lamai, the rate contributed to 13 percent of mortality in the country as many women died from abortion more than malaria. About 2,000 Nigerian women die of unsafe abortion annually with Northeast recording highest rate, says Lamai.

According to him, every eight minutes women die of unsafe abortion while an estimated 220,000 children are left motherless annually as a result of abortion-related death. He advised participants to fully sensitize the public on how to undergo safe abortion towards reducing the rate of mortality in the country.

Earlier in her remarks, Mrs. Hauwa Shekarau, the Ipas Country Director said the objectives of the training were to equip journalist with an international, regional and national legal framework for the protection of WSRHR.

Shekarau said the training would also transform the attitude of the media on issues around WSRHR. She said that Ipas (a global non-profit organization that works to increase women’s ability to exercise their sexual and reproductive rights, and to end deaths and injuries from unsafe abortion) was working closely with legislatures and law enforcement among other stakeholders on the importance of safe abortion to reduce the high rate of mortality in Nigeria.

Abortion in Nigeria is highly restrictive and various governments have not been bold enough or probably lack the political will to review and liberalise our shackling abortion laws. I think the reason is because of our hypocritical deeply religious nature and our refusal to tell ourselves the truth.

I am of the opinion that these our primitive abortion laws tramples on the fundamental right of choice of women and something needs to be done urgently about it. Because abortion is illegal many women resort to quacks who are specialists in performing very unsafe termination of pregnancy.

US Embassy In Nigeria Lists Conditions For ‘No-interview’ Visa Renewals