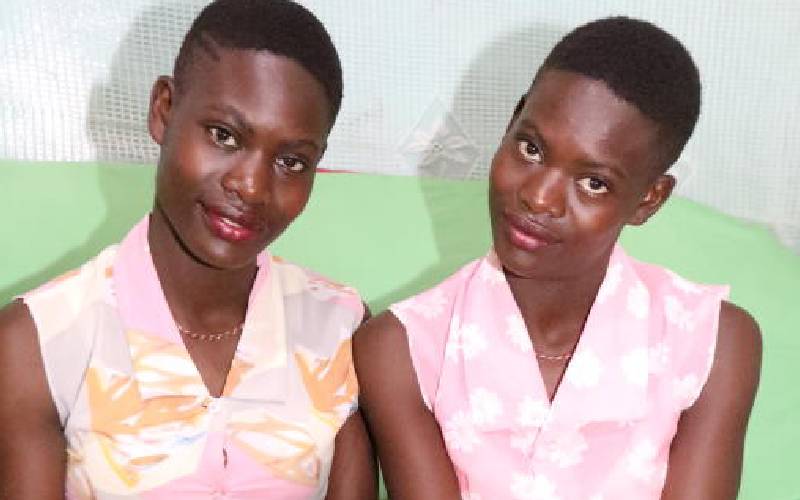 The story of Sharon Mathius and Melon Lutenyo further proves the importance of having a trusted birthing partner in the delivery room for expectant mums.

Twin sisters, Sharon Mathius and Melon Lutenyo are biological identical twins but they never knew the other existed until this year. Sharon Mathius, Melon Lutenyo, and Mevis Imbaya were born within 24 hours in the same hospital in 1999. At birth, one of the twins was swapped with the third girl born to a different couple.

The twins ended up being raised by different parents until 2018 when they found themselves. Then a DNA test proved they are biological twins. Sharon and Melon met in April 2018 on social media. At first, they mistook each other for online identity frauds, Daily Nation reports.

They were both suspicious of their striking resemblance but after the online altercation, they stopped communicating with each other completely. The two finally met in December 2018 at a bus stop in Kakamega town. This was prompted by constant mention by their teachers and schoolmates about their resemblance. Sharon had participated in a high school music festival where Melon’s school had also participated.

Sharon’s teachers and classmates were puzzled when they saw someone that resembled Melon at the festival even though she was not participating. Melon’s classmates took a photo of Melon which they later showed to Sharon. Out of curiosity, the twins contacted each other during school holidays.

Soon, their communication became frequent to the extent that they introduced each other to their parents. In April 2019, both families resolved to solve the mystery by seeking professional help. Lancet Kenya then offered to carry out a DNA test at subsidised cost. 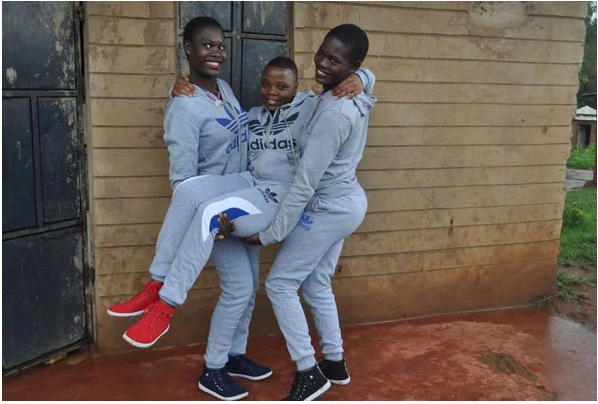 The DNA tests conducted by Lancet Kenya was released on Saturday. It showed that Sharon Mathius and Melon Lutenyo shared identical DNA profiles, with 23 allelic loci tested showing 100 percent perfect match which is consistent with the Sharon and Melon being biologically identical twins.

The DNA report stated that, “Ms Rosemary Khaveleli Onyango could not be excluded as the biological mother of the twins who have compatible obligatory maternal allelic profile with a 99.999 percent probability.”

The report also excluded Ms Onyango from being the biological mother of Mevis Imbaya with 12 out of 23 loci tested showing a mismatch. (Three or more mismatches are considered grounds of exclusion of paternity).

The tests also showed that Mevis Imbaya exhibited a compatible obligatory maternal and paternal allelic profile with those of Ms Angeline Omina and Mr Wilson Lutah Maruti respectively. The report released by Dr. Ahmed Kalebi, CEO Lancet Group of Laboratories also showed that the probability of Mevis being Ms Omina’s daughter was 99.999 percent. 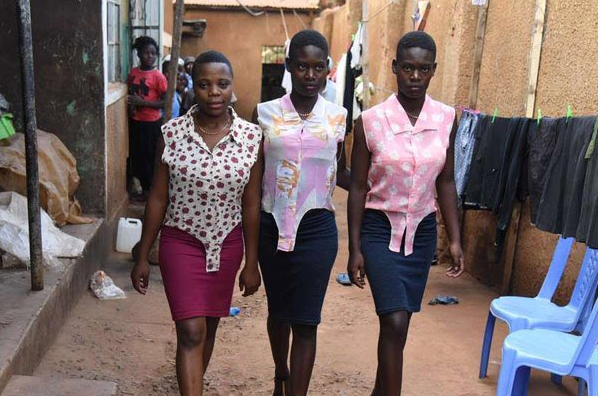 Ms Onyango, who gave birth to the identical twins, is said to have gone to Kakamega Hospital while pregnant on August 15, 1999. She expected to deliver triplets but when she regained consciousness after delivery through a caesarean section, she was informed that she had given birth to twins.

The twins were placed in an incubator for a week due to low birth weight. She said that she had been in doubt since her supposed twin daughters Melon and Melvin did not turn out identical.