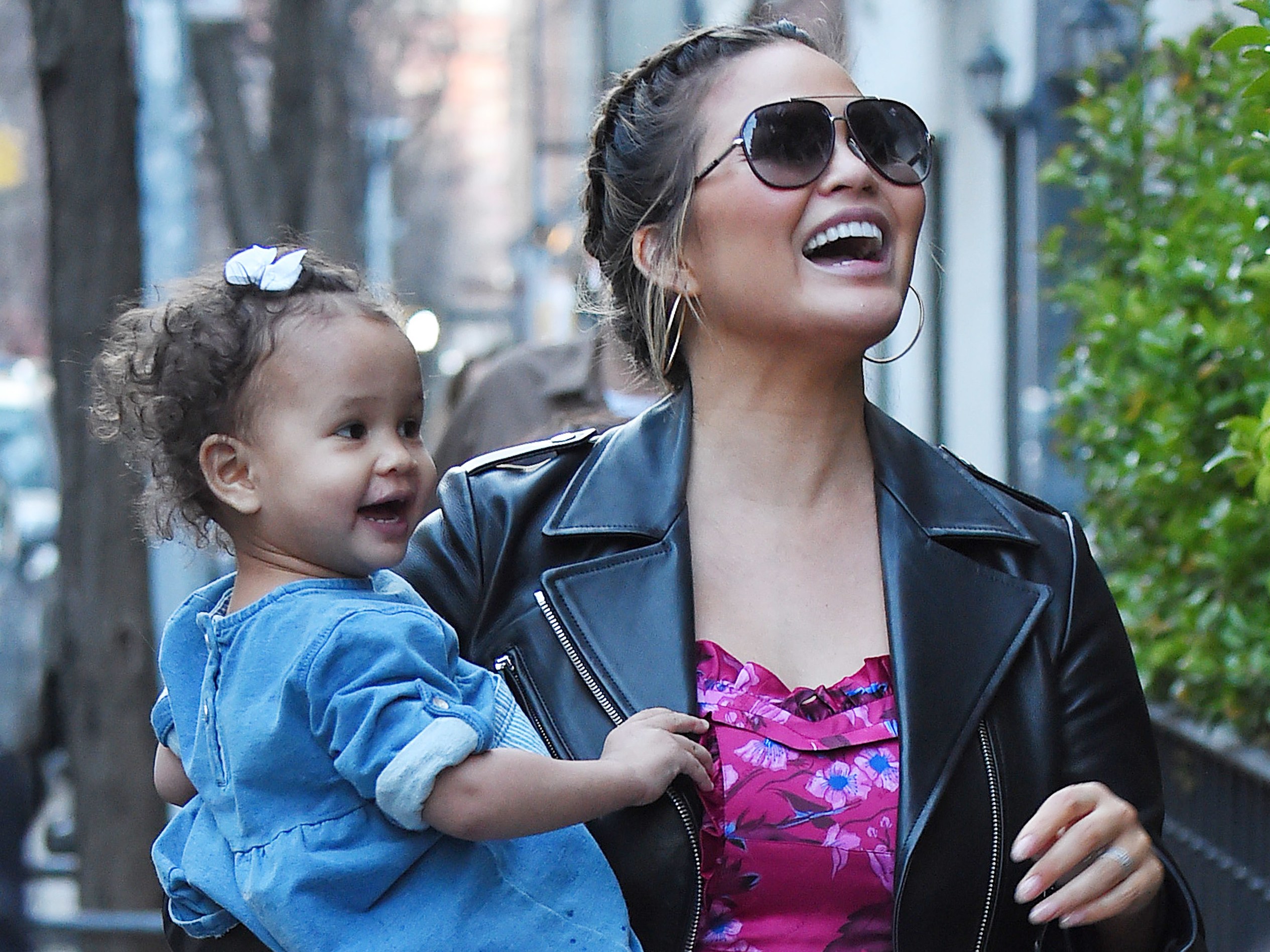 Meet Samira Sanusi, The Woman Who Was Cured Of Sickle Cell Disease As She Opens Up On Her Journey So Far

Another day, another clever comeback from Chrissy Teigen. On Saturday, the mom-of-two shared a video of herself and 3-year-old daughter Luna Simone lounging in their living room, watching Sesame Street, while Luna showed off her newly painted pink toenails.

“Doing her nails is my knitting. Kid toes kill me!,”

Teigen, 33, tweeted alongside the cute clip.

Most commenters gave the model props for her handiwork, but the usual suspects were also on ground to criticize her for putting nail polish on her daughter.

In response to one since-deleted tweet, Teigen simply wrote, “There she is.” She also retweeted a second now-deleted post and sarcastically quipped in reply,

“Well I actually had her drink it so joke’s on you.”

Implying about the polish.

READ ALSO: Chrissy Teigen Shows Off Her Post-Pregnancy Photos With These Words

Teigen has dealt with her fair share of mom-shaming comments lately. Last week, one commenter indirectly questioned why Luna was visiting the dentist for the first time at age 3.

“So proud of my toons at her first dentist appointment!!”

Teigen captioned her Tuesday post, which featured Luna sitting on her grandmother Vilailuck Teigen‘s lap as the little girl helped brush the teeth of a plush alligator.

“What age do they start over there? My daughter started seeing a dentist at a yr old,”

But the Lip Sync Battle host seemed to have already braced herself for criticism, responding with a simple,

“Was waiting for this. U guys never fail me.”

Teigen is no stranger to clapping back at commenters who flood her feed with negative comments regarding her parenting style for Luna and son Miles Theodore, 13 months, her two children with husband John Legend.

Earlier this month, the star shared two videos of Luna bargaining with her parents over how much candy she would be allowed to have if she promised to be on her best behavior.

Rather than acknowledge the toddler’s negotiating skills, one user instead focused on Luna’s appearance, commenting,

“Finally someone brushed her hair.”

“All by herself! Maybe she can come do your makeup.”

Doing her nails is my knitting. Kid toes kill me! pic.twitter.com/QOE0D5Xwcv