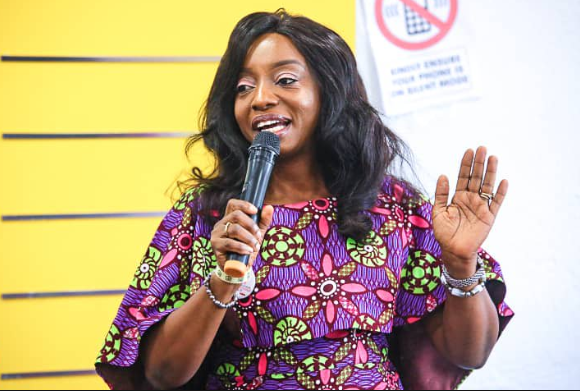 Muslim Couple, Eze Abdulfatah And Ugoeze Fatimah Gleefully Share The Secrets Of Their Successful Marriage That Has Spanned More Than 40 Years

Lagos State First lady, Ibijoke Sanwo -Olu has urged parents and guardians to pay serious attention to the welfare and mental health of their children and wards, saying such was necessary to evolve a decent youth population and a sanitized society.

Speaking during the week at a symposium on substance abuse organised by Freedom Foundation, Mrs Sanwo-Olu according to Vanguard said it was important for parents to give quality attention to issues around their children and sometimes go as far as intruding into their business to truly keep abreast with them.

The governor’s wife said the admonition became necessary in view of the fact that it had been well-established that children without proper parental care and guidance most times end up being drug addicts. According to her:

READ ALSO: Duchess Kate Middleton Reveals The One Thing She Does Each Day To Boost Her Kid’s Mental Well-being

“Every parent must pay due attention to the welfare and mental health of the children. The upbringing children are exposed to, has, a lot to do with their adulthood.

We must make it our business to intrude into their business, by knowing who their friends are, where they go, how they relax, what they drink among other things.

By so doing, we will be their friend and earn their confidence. It is the way to positively influence our children and reduce peer pressure on them as such evolves a decent youth population, for a sanitized society.”

While reiterating that the state government has always been proactive in the area of tackling substance abuse through initiatives, activities and infrastructure that enhance the social stability of the teeming youths, she said that the Mental Health Law, MHL, of the state has been recently updated to meet with current realities.