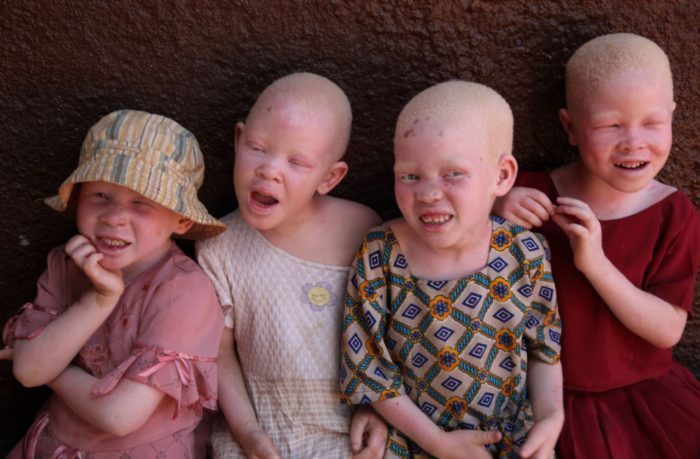 Dear MIMsters: My SIL Invaded My Home By Tricks And There’s Something Else She’s Not Telling

Albinism is a rare group of genetic disorders that cause the skin, hair, or eyes to have little or no color. The condition involves a group of inherited conditions. People affected by albinism have little to no pigmentation in their hair, eyes, or skin and have inherited genes that have been altered and do not produce the average amounts of a coloring pigment known as, ‘melanin.’

The prevalence of albinism in Nigeria is ranked among the highest in the world with an estimated figure of two million albinos in the country according to a publication from the Department of Medicine, University Teaching Hospital, Benin. The majority of children with albinism are born to parents who have average eye and hair color for their ethnicity. At times, people are not aware they do have a form of albinism.

READ ALSO: Nigerian Mum Who Had Twin Sons, One An Albino And The Other Dark Skinned Shares Her Dilemma Upon Their Birth

Not everyone with albinism has light hair and skin; although most do. ‘Oculocutaneous,’ albinism or, ‘OCA,’ involves the person’s hair, eyes, and skin. ‘Ocular albinism,’ or, ‘OA,’ is far less common and mostly involves the person’s eyes; their hair and skin might appear either similar or somewhat lighter than that of their family members. Researchers have used different systems to classify albinism through the years.

People with less pigmentation have skin and hair that are cream-colored and their vision is many times in the range of 20/200. People with albinism who have slight pigmentation have hair that appears red-tinged or yellow; they may have better vision as well. Recent research uses DNA analysis to reach a more precise classification system for albinism. There are now four recognized forms of albinism: OCA1, OCA2, OCA3, and OCA4 – as well as division into further subtypes.

People who have albinism always experience vision issues; a number of them have low vision. The degree to which a person with albinism experiences a vision impairment varies with the form of albinism they have.

A portion of the population with albinism are legally blind, although they still have the ability to read and do not use Braille. Some people with albinism see well enough to drive.

Vision issues related to the disability are the result of exceptional development of the person’s retina, as well as exceptional patterns of nerve connections between their eye and their brain. Due to this fact, the primary test for albinism is a simple eye examination.

Eye problems people with albinism experience are the result of exceptional development of their eye due to lack of pigmentation and many times include the following:

Treatment of eye conditions related to albinism is comprised of visual rehabilitation. Surgical intervention might improve the appearance of the person’s eyes, but it will not correct the mis-routing of the nerves from the person’s eyes to their brain.

Surgery also will not improve the person’s eyesight, or their fine binocular vision. When a person with albinism has estropia, or crossed-eyes, surgery might improve their vision through expansion of the area the person’s eyes can see as they look at one point, according to expert opinions. Help may also include prescription glasses.

There is potential for social stigmatization to happen, particularly when the race or paternity of a person with albinism might be questioned. A result of this can be isolation.

The majority of people who have albinism have fair complexions; yet a person’s hair or skin color is not sufficient to diagnose a person with albinism. People who do have albinism need to be careful to avoid sun damage to their skin. Wearing hats, sun-protective clothing, and sunscreen lotions is important.

People with albinism who do not use appropriate skin protection have the potential to develop life-threatening forms of skin cancers.