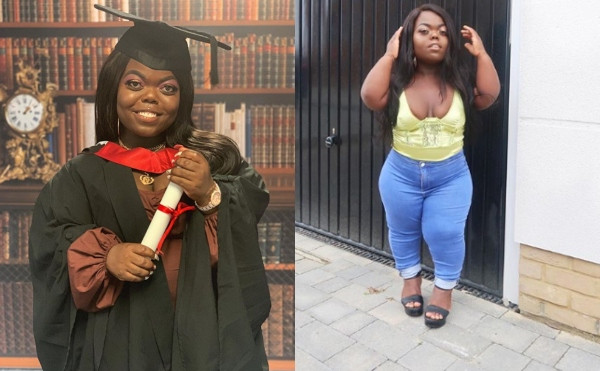 PATHETIC: Inside Rivers Primary School With More Than 80 Pupils But Only A Teacher

Fatima Timbo, a popular Instagram model took to the app to announce her milestone achievement that saw internet users just as happy for the little woman whose life’s philosophy is “feel the fear and do it anyway”.

Fatima announced on her Instagram that she has successfully graduated from university with a degree in accounting and finance.

The 4-feet model started a career in modeling in an attempt to promote body positivity for people with dwarfism and other physical conditions. She has been featured in the reality TV series “Undateables” and has been applying herself to her degree in the past four years despite her obvious limitations.

READ ALSO: Nigeria’s Toyin Odutola Who Wanted To Use Art As An Escape Is Serving Inspiration After Earning This Big

Fatima revealed via her Instagram that she graduated with a first class degree in finance and accounting, from Middlesex University.  She wrote as she shared her graduation photo;

“Over the last 4 years I’ve been studying for an accounting and finance degree.

Can’t believe I graduate with a first class!

TimboAnything possible when you put your mind to it “ 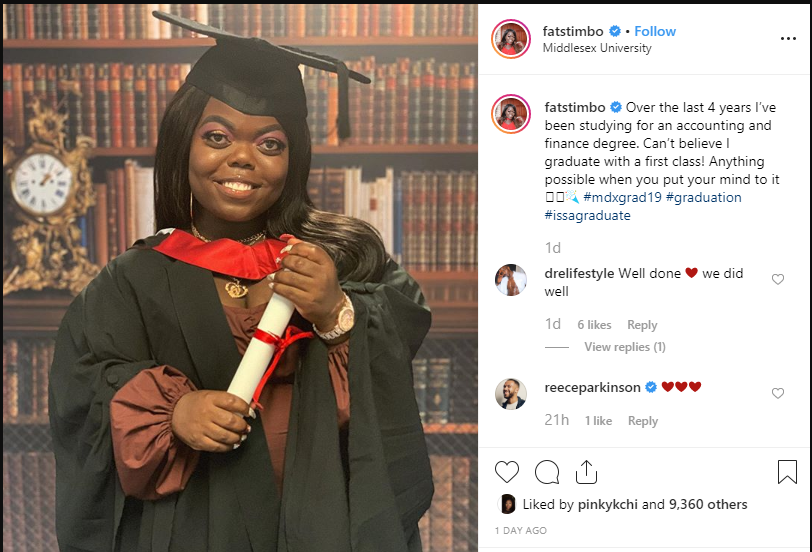