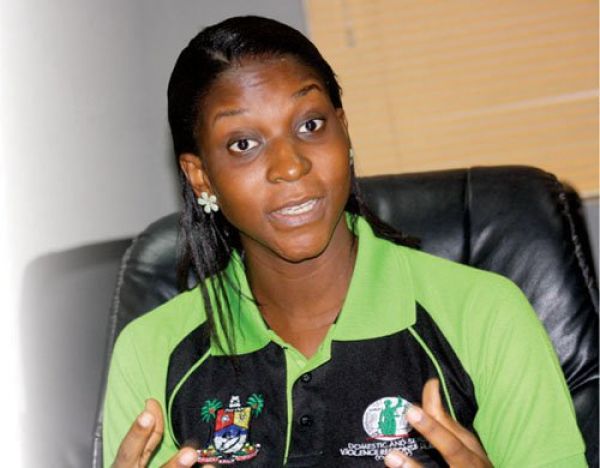 Miscarriage: Causes, Signs, And What To Expect After

In the past 3 years, the vibrant lawyer and Public Administrator has facilitated the ramification of 2 Landmark Executive orders by the Governor of Lagos State, the sex offenders register and mandated reporting, 2014 and the Lagos State Safeguarding and Child Protection Programme, 2016.

Additionally, she drafted manuals on investigating and prosecuting domestic violence, mandated reporters manual, safeguarding the right of a child, and other booklets on child abuse-domestic violence and rape which have been useful in creating awareness and sensitizing members of the public.

She has been instrumental in ensuring the proper coordinator of response to Sexual and Gender-based violence issues in Lagos State through a multi-agency approach.

In an interview with City People, she talked about how domestic violence has been on the increase, causes, and also she spoke about the laws guiding Rape and Domestic violence.

How often do Rape issue happen in the cases you have been handling so far. What is the position of the law on it?

They report through our application code. We also have people walking into the office to make their reports, Sexual and gender rape cases remain one of the under-reported cases, not just in Nigeria but globally, but we are encouraged by the fact that people are speaking up. So we have some sorts of confidence in the system.

SEE ALSO: How “… parents make it easier for their kids to be defiled” -DSVRT Coordinator, Titilola Vivour-Adeniyi Reveals

When people speak up or report cases, what do you do?

It all depends on what we are reporting. If it is domestic violence, that is assault between partners, we are survival centred, so we do to the best of our ability what the survival or the complainant or clients wants us to do in majority of the cases, although there is a new trend, majority of the women will be like “Please talk to my husband, Shake him up, Torture him, it is funny. But that is what they often ask for, though we tell them, we can not torture anybody.

The idea is that, they want a situation, whereby he can be called to order and if possible both of them can receive counseling, not marriage counseling but social support, so they can understand their behavioural pattern, they need to heal, forgive each other, and move on, and they still want to be together, they need coping skills they need to communicate, and we hope if they submit themselves to such, it will improve their communication and their relationship will improve.

But lately, we see an increase in demand for separation, they are like “I don’t want to die, I don’t want to be late Mrs.” so such cases are springing up more lately.

In such a situation, we will do the mediation, both parties will agree and it will be documented. Also we have public interest cases, we must not forget that domestic violence is criminal allegation, and a crime is committed against the state, so the state has every rights to prosecute a woman coming here bleeding, what do we ask the husband, so we treat it as assault simplicity and we escalate to the Police and prosecute for domestic violence, that does not mean, the woman will not say please I don’t want to send my husband to jail, when we get to the Police Station.

We have a similar case, that pass from my office to the Police, from the Police to the court, to my amazement, the woman had gone behind and written a letter of withdrawal, gotten the Police prosecutor to present it to the magistrate, so we must not get upset, because at the end of the day she is the victim and witness, though we know it is a crime. Aside from prosecution, we have to do more of Psychosocial support to build the mental state of mind for survival.

In recent times, there has been an increase in rape issues on social media and one tend to wonder why it keeps increasing what is your take on that?

The jury is still out whether or not, we have more and more of this cases. Some people are of the opinion that these incidents have always been there, it is just that people don’t speak about it, and people don’t have confidence in the system, and since it is like that, why would you even want to report a rape case? Especially to the system you feel will judge you.

What do you do when it involves rape?

We go straight to the investigation, medical examination, psychosocial support for the client and ensure the case is charged to court and ensure justice is served.

Sexual violence can include Defilement, that is, unlawful sexual intercourse with someone under the age of 18 years.

Rape, which is unlawful intercourse with a woman or a girl. It includes sexual assault by penetration. We call it Modern rape. It can be anybody that commit the sexual harrassment, that does not lead to penetration. There are cases of sexual intercourse that occur. We also have domestic sexual violence.

Then, Child abuse, a situation whereby a child is being beaten or maltreated by the guardian, we work with the ministry of youths and social development, they access the child, does the child need to be rescued, then we move in, in situation where prosecution is required to stand as an example to other members of the society.

What is the position of the law, when it comes to Sexual abuse and domestic violence?

Just this year, the DPP secured 10 convictions in Lagos State, ranging from defilement, sexual assault, mostly, from these two. And this is just this year alone. Justice is slow, but it is turning. And I believe that with the intervention of government training of the Police, Non Governmental Organisations, the DNA forensic lab, I believe that all the organisations will go a long way in ensuring that their cases are well treated and by the time, these cases get to court, they won’t be asking for further investigations. These are the things that cause the delay.

And there is no enough evidence to secure conviction in the court of law With this the DPP definitely will request for further investigations, and that can be going back and front, but if the police and IPO is trained on the evidence they should look out for at the scene of the crime, how do you talk to a child victim, so with all these, by the time, the file is coming, it is solid and grounded.

The DPP will be able to prosecute properly at the Court of law. If we continue training, advocacy encourages people to speak up, go through the process, we believe that we will see more of these.

Which of these cases do you see more in this office?

We see more of Domestic Violence and very few of sexual violence, maybe like one third, but majority of domestic violence.

Do you only treat cases, that are personally reported to you?

We take up cases through social media, Facebook, referrals on the phone. This is 2019, we can’t afford to treat just cases victims come here to talk about. In fact some people because of the schedules, they find it difficult to come down here, so they send us mail, so we refer them to the closest family support unit.

The reality is that people need access to justice and it is not all about just coming to the office before and all that, people were suppressing this thing and they were leaving with it, but now aside from government, people twits, post on Facebook and Instagram, and put their stories out there and with this, they are getting justice for themselves.

I personally think that it is the reporting that is on the increase, not rape cases itself. I feel, in the next 3 years, because we have been keeping data since 2015, so maybe in the next two to three years, we can now measure, if it is the increase in the rape cases or the report of rape cases, don’t forget that there have been deliberate efforts especially in Lagos State for Advocacy to ensure that these issues continue to win at the forefronts.

When you do Advocacy, the response is Reporting. People will come out and respond. See the differences in the data between 2015, 2016, 2017, and 2018 because of the increase in advocacy.