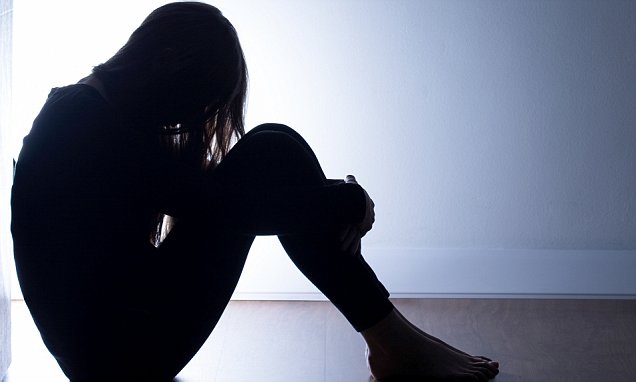 Twitter User, Ichie Chinua Shares Some Solid Advice With Fellow Men Who Make Their Moms Shareholders In Their Marriages

Rape is non-consensual sexual intercourse. Rape devalues the victim. Sexual assault is similar to rape, but is not rape. Sexual assault is any form of sexual contact or behavior that occurs without the explicit consent of the recipient.

In Nigeria, there has been an increasing number of rape and sexual harassment cases on a keen keel. Just a few weeks ago, Busola Dakolo revealed in an explosive interview that she was raped twice by the founder of the Commonwealth of Zion Assembly COZA, Biodun Fatoyinbo when she was a teen.

Though some Nigerians commended the mom-of-three following the disclosure, others condemned her for speaking out now, after 20 years.

The reporting of rape cases is very challenging in developing countries like Nigeria, especially when the victims report the abuse years later. But some say, ‘When the time is right, however, matters that brought us so much pain can be rendered powerless by our growth; life after all is a question of time.

Reacting to Busola’s critics, a Professor of Health Education, Bidemi Idowu, says no time is too long or stale to report rape or sexual abuse, as long as there is actually a case to answer.

Idowu said this in an interview with journalists on the sidelines of delivering the 69th Inaugural Lecture of the Lagos State University (LASU). The theme of the lecture was; Sexuality: The Savour, the Caution, the Pleasure.

According to her, most girls or women who were just coming out after 10 to 20 years to report a case of abuse might just be doing so because they were then in an era of not reporting such. She stated:

”People are now coming out to report rape or sexual assault because they were not enlightened to do so during their era and have a case to prove.

Idowu noted that most girls or women have been abused at a time or the other in a lifetime but there might not be a penetration. The professor said rape could be termed `fantasy’ because for some individuals, their minds were already so perverted that they did not derive pleasure except they rape or are raped. She noted:

“This however, is not a common phenomenon.”

She encouraged rape victims not to relent in exposing the perpetrators even if they ended up not getting justice, as this would expose the culprit and also serve as deterrent to others.

Idowu advised that Counselling unit of universities should be expanded beyond career and academic matters to include issues encompassing family issue and sexuality.

The Professor advised that issue of sexuality should be made priority among staff and students in the university, as it did not concern only rape but was all encompassing. According to her, this was an exceptional way to develop life skills in students.

She then urged government agents to be bold enough to implement laws passed by past government on child abuse to checkmate the spread of the menace.

Reporting rape can be a very emotional and difficult thing to do, so you should consider getting support from organisations like Mirabel Centre – http://mirabelcentre.org/ , where rape and sexual assault victims can get access to forensic medical assistance, and more importantly professional counselling services.

Below are 4 specific laws that deal with rape:

READ ALSO: TY Bello Recounts How The Culture Of Silence Killed Her Slowly After She Was Sexually Abused As A Child

Under the CC, sexual intercourse with under aged girls or people with unsound mind is the offence of defilement, and so technically a person could be charged for rape and defilement.

Further under the PC, sex with a girl under 14 years of age or who is of unsound mind is rape, irrespective of whether there is consent. Also the PC, explicitly states that sexual intercourse by a man with his wife is not rape.

As with the PC, the CLL explicitly states that sexual intercourse by a man with his wife cannot be unlawful, and therefore a man cannot rape his wife.

As you can see, the VAPPA seems like a very progressive piece of legislation. Unfortunately, the law is only applicable in the FCT, Abuja. It does not apply in of the other States of the Federation.

5. Child Rights Act (CRA): The CRA provides that sex with a child is rape, and anyone who has sexual intercourse with a child is liable to imprisonment for life upon conviction.