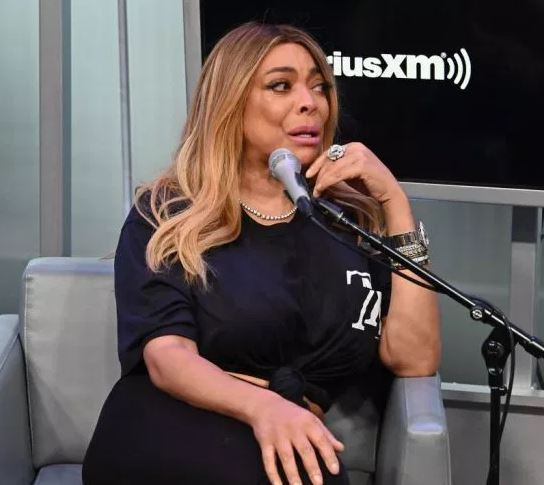 TV host, Wendy Williams was a guest on SiriusXM’s The Karen Hunter Show, with host Karen Hunter recently, where she spoke on a lot of issues in her life.

The sassy talk show host ‘Wendy Williams’ and mom of one, during the interview talked about her failed marriage to estranged husband, Kevin Hunter.

Host, Karen Hunter asked about the “chance” of reconciliation between the former couple. However, the 55-year-old TV personality revealed she is moving on from Hunter — and she has no intention of reconciling their marriage. Williams said:

Before this, Williams grew emotional when the radio host asked whether the daytime television personality had changed the name on credit cards and the back accounts. She also questioned Williams about whether she intended to change her last name.

With a teary eye, Wendy said:

Wendy also disclosed amidst tears that she’s happy she’s healthy and at peace with everyone and the world and is at a happy place when asked if she was happy. Wendy continued:

“I am at peace with the world and everyone around me. The cops aren’t protecting me, so I learn how to run. You know what I’m saying? You don’t want to get splashed in the face. I am going through a situation in my family.”

Their messy split followed speculation that Williams’ estranged spouse fathered a child with his alleged mistress, Sharina Hudson. He has not confirmed nor denied the rumors, but Williams told TMZ in June that he “had a full baby with a woman he was involved with for 15 years.”

Despite her emotional appearance on “The Karen Hunter Show” on Tuesday, Williams is currently dating someone new. Earlier this month, she revealed on The Wendy Williams Show that she is seeing a doctor in his 50s who has adult children. She said at the time:

See the video below…