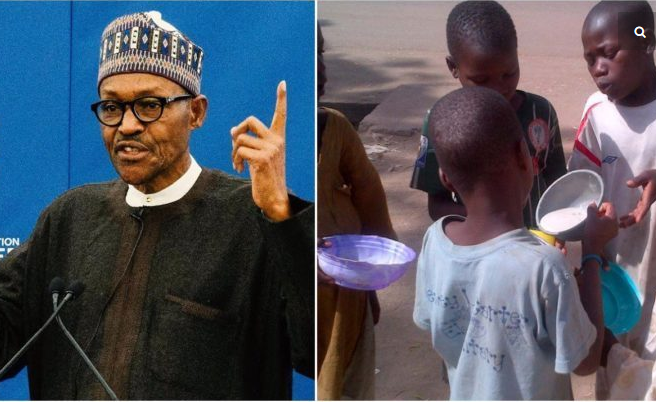 Dear MIMsters: I Am In A Very Awkward Love Triangle

The word “Almajiri”, according to Muslim scholars is derived from the Arabic word “Al-muhajirin,” meaning a seeker of Islamic knowledge.

In Hausa land, according to sources, the term Almajiri could take any of the following forms any person irrespective of gender, who begs for assistance on the street or from house to house as a result of some deformity or disability; children between the ages of 7 and 15 who attend informal religious school who equally roam about with the purpose of getting assistance or aims; or even a child who engages in some form of labour to earn a living.

The National Council for the Welfare of Destitutes in Nigeria also says there are about 7 million kids and teen-age beggars or Almajiri, in the northern part of the country. Kano State accounts for more than a million.

Almajiri syndrome can be said to be another form of child abuse, in the sense that little children are exposed to laborious work at tender age. Usually a child becomes an Almajiri when there is high striking poverty line in his family to take care of his essential needs.

Some children are forced to become one simply when they lose their parents and when their relatives or guardians cannot keep them. Most of such children become victims when their parents send them to Quranic schools outside their hometowns.

SEE ALSO: Two Children, Abdul and Ismaee, Growing up On the Streets Take the Spotlight As They Tell Stories of Their Hard Knock Life

The issue of almajiraira has remained worrisome in the minds of northern elite and are blaming the Federal government for the menace. However, according to President Muhammadu Buhari, the Islamic education associated with begging on economic and religious grounds exists because the state governments are not doing their jobs. 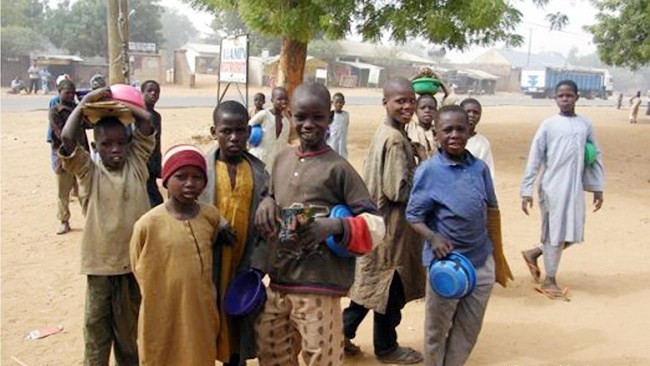 The president said this when he received members of the Progressives in Academics at the State House, Abuja, on Tuesday. The Presidency on June 21 dismissed reports that the Federal Government had concluded arrangements to ban the system of education. He said:

And that again, you reflect on the basis for revenue allocations from the centre which is being published by the Nigerian press every quarter – the amount of money earned and how it is divided by the three tiers of government.

The President also insisted that education remains a top priority for his administration as he revealed that his government injected over N1trillion into the education sector in the last four years through the Universal Basic Education Commission, Tertiary Education Trust Fund and Needs Assessment interventions.

“We also released N25 billion to public universities to pay earned academic allowances to lecturers. Of course, you are all aware of the rot we uncovered at JAMB and many other institutions.

Our home grown school feeding programme covering more than 10 million children, coupled with our social investment initiative has encouraged many parents to send their children to school and also pay for more teachers in classrooms.

In the next four years we shall continue with the work to transform the sector bearing in mind our high population growth rate, financial challenges and security issues, especially those grossly affected areas.’’

Buhari maintained that his administration’s focus and agenda could only be sustained “if we have educated and secured society.’’

He stated that the government had no option than to produce more engineers, technicians, doctors, nurses and teachers. The president said:

“To achieve this, we shall continue to seek your advice and guidance. I am pleased to note some of the ideas you proposed, this submission is timely as we prepare for the next level.’’