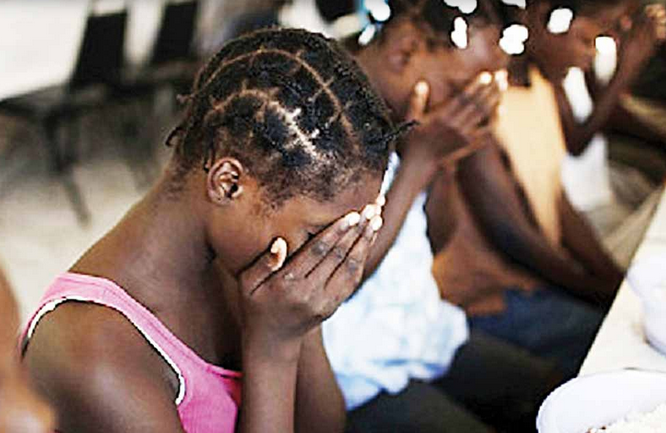 Would You Do For Your Ex-Husband What Kelly Hope Did For Hers 5 Years After Their Divorce?

The Delta State Government through the Ministry of Women Affairs has secretly placed embargo on children adoption in the state.

Mrs Peugeren pointed out that it is only Mrs Flora Alatan that can address the press wondering how the information was leaked.

Meanwhile, Delta State Chapter of the Committee for the Defence of Human Rights, CDHR has commended Governor Arthur Ifeanyi Okowa for placing the embargo in the first place.

In a statement signed by CDHR Unit Coordinator on Child Rights, Comrade Ighorhiohwunu Aghogho, the  Government placed embargo on adoption of children with a view to curbing child trafficking by government officials.

CDHR regretted the manner and method in which the information of the embargo in the State is being envelop in secrecy. The statement reads in part:

“It is a way forward by the Delta State Government in curbing the excesses of government officials in trafficking children in the State.

The information with respect to the embargo on children adoption ought to be made public in the interest of Children.

The newly sworn-in Delta State Commissioner of Women Affairs, Flora Alatan is hereby commended for her current reorganization of the ministry of Women Affairs and she is as well advised not to follow the footstep of her predecessor, Rev (Mrs) Omatsola Williams in the interest of children.

However, for the purpose of the records, the Delta State Ministry of Women Affairs has no business in the adoption of children in the state and as such all officials of the ministry who had benefitted from adoption racketeering in the state between 2008 and 2019 including Proprietors of NGOs, Orphanages and individuals etc should be brought to book.

READ ALSO: Kaduna Government Bans Adoption and Fostering of Children in the State | See Why

CDHR also said Governor Arthur Ifeanyi Okowa should not allow his administration to be misled in attempting to amend the Delta State Child Right Law 2008 by child thieves/traffickers who hide under the name of NGOs and Politicians in the State. According to the CDHR,

”The Delta State Child Right Law 2008 cannot be amended by the Delta State House of Assembly as it lacks jurisdiction to do so as stated in section 274(1) of the Child Right Act 2003 and the Section 12 of the 1999 constitution(as amended).”