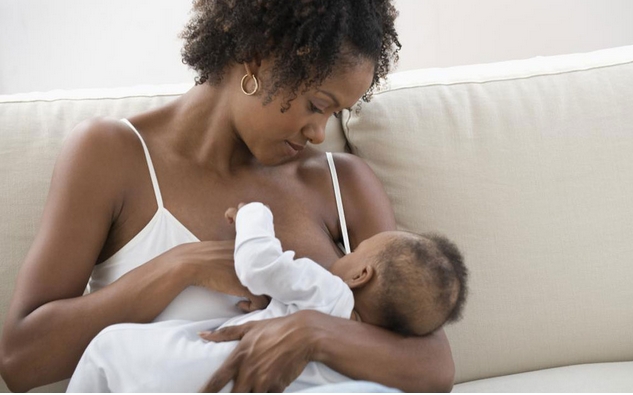 Mrs Subedetu Nafiu, a Family Planning Manager and Mr Olusola Malomo, a Nutritionist, have said that nursing mothers could also enjoy sex while breastfeeding their babies.

The medical experts spoke in separate interviews with the News Agency of Nigeria (NAN) on the sideline of the just-concluded World Breastfeeding Week at Ajeromi General Hospital, Ajegunle, Lagos.

The practitioners all debunked the rumor that sperm could contaminate breast milk during sex with breastfeeding mothers.

Mrs Nafiu, who is also a child welfare manager said that there was no relationship between sperm and breast milk and that people should stop spreading false information on whether the child would suck sperm from breast milk. She said:

“This myth make many women to stay away from performing their marital rights because they are breastfeeding and might cause more harm to marriages.

“There is no relationship between sperm and breast milk flow, a mother is free to meet her husband while she breastfeeds. Women should allow their husbands to sleep with them, it doesn’t make the child sick.”

Nafiu advised women on exclusive breastfeeding, saying, it is a safe method of family planning that can help space their children. She added:

“The kind of exclusive breastfeeding is the one that the mother did not mix any other thing with breast milk for six months, such woman’s body biologically plans itself towards conception.’’

“The way the body was made, physiologically, sperm and breast milk cannot meet, let to say it can cause harm to the baby, so enjoy your sex life while you breastfeed.”