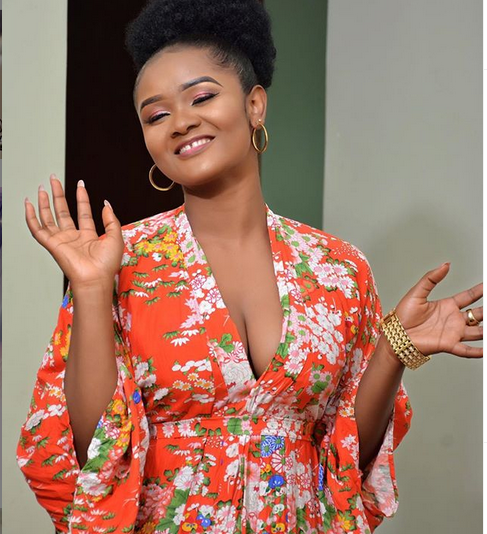 Singer, Davido’s Piece Of Advice Might Just Be Your Motivation Today

Jane Obi is a talented actress and model. Having starred in many movies such as Loving in Pain, Heart Ripper, Enemies Must Bow, Egg of Freedom, and Woman of Truth among others, the thespian is now aiming for the stars.

The law undergraduate, in a recent chat with Daily Sun opens up on childhood, career, sex-for-role and how her mother protected her from boys while growing up, among other interesting issues.

Tell us about growing up?

Growing up was tough. I juggled between my village, Uga in Anambra State and the city of Enugu where I was born. My parents were average; they offered me the little they could afford. My father, may his soul rest in peace, was tender and loving. My mum, a teacher, was at that time a disciplinarian.

She kept hammering that I must live an exemplary life and get married as a virgin. In fact, I remember my mum disciplining me as a teenager because I went out with a guy. It really hurt me but the beautiful thing is that the experience humbled me and made me focus on my education. After that incident, I never looked at or talked to a boy again till I finished school.

How did you come into acting?

A friend invited me to a theatre group. I got there, enjoyed the rehearsals and they ended up convincing me to register with them, which I did. I started going there every time. I later

joined other theatre groups. We would go to different locations and camps but none of the movies we did ever saw the light of day. But because I was catching my fun, I continued until someone walked up to me and said if I really wanted to be a movie star, I should join Actors Guild of Nigeria (AGN).

SEE ALSO: Tope Alabi on What Her Mother Taught Her Plus Checking Regularly to See if Her Virginity Was Intact

At what point did you discover you wanted to be an actress?

I remember back in secondary school, I silently nursed the idea of becoming an actress. I loved school drama, morning assembly speeches and debates.

How did you land your first role and what was the experience like?

One day, after attending an audition, I got a call from the late Ifeanyi Udokwu to come to the museum in Enugu for a movie directed by Tchidi Chikere. I got there to see actors were being cast. I was quite scared and I stayed far away. But he called me out and asked if I had featured in a movie before. I said ‘yes’, mentioning

a movie that never existed because I was scared he might ask me to go home because I felt he was looking for established actors and not wannabes like me. Luckily, he bought that and gave me a role in the movie. It was entitled ‘The Unforkables’. I acted alongside Nkem Owoh and Nuella Njubigbo among others. I delivered well and he gave me another role in ‘Bachelors Heart’ where I acted alongside Kenneth Okonkwo. Since then, I have never looked back.

Who were your influences when growing up?

My brother was a major force. He taught me Bill Gates’ popular quote, ‘If you are born poor, it’s not your mistake, but if you die poor, it’s your mistake’ (laughter).

How did your family react when you went into acting?

It was a no-no for my mum. She thought actors were promiscuous. Even, one of my relations told me that such career was ‘not our thing’. So, they thought I was just wasting my time but I never gave up. Now, I can see and feel the joy on my mum’s face whenever she is watching my movie or whenever someone tells her that her daughter is doing real good in movies. And guess what, my relations like to associate with me now.

SEE ALSO: ”Teach your daughters to keep their virginity until marriage… Virginity isn’t restricted to one gender, so…” Between Reno Omokiri and a Twitter User

Sex for role is quite rampart in the industry. As a voluptuous green horn, did you have any experience and if yes, how did you handle it?

First of all, I will like to say that sex for role is in every sector and not exclusive to the entertainment industry. Back then, after auditions, I would quietly go home, hoping to get a call to come shoot, and most times, no ones called. Someone told me that the reason was because I didn’t do follow up after auditions, by going to the hotel rooms to familiarise myself with the producers and directors.

But I didn’t understand that because I was naive and wasn’t desperate. Besides, I was enjoying all the small roles I got and preferred to take it one step at a time. So, in my own opinion, there are choices. The truth is ‘if you no give, dem no go chop’. A large percentage of sex-for-roles incidences are actually initiated by girls who are desperate and want a fast lane to the top in the industry.

Could you describe your ideal man and what it will take to win your heart?

Love is all that matters. I am a very simple babe.

What has been your saddest moment as an actress?

It’s not being paid as much as I deserve, and it has happened a couple of times. It hurts so much because after giving your best, commensurate reward should naturally follow.