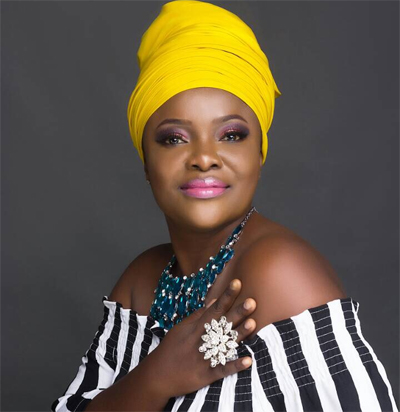 Nigerian Army Begins 2019 Recruitment… See Requirements And How To Apply

As more and more African women are going for cosmetic surgery for the enhancement of their feminine features, Ghanaian gospel musician, Ohemaa Mercy has expressed her displeasure at such act, saying such women lack self-confidence.

According to the singer, only insecure and low self-esteem women go under the knife to enhance their bodies.

The 41-year-old Ghanaian star who has performed on major platforms with electrifying performances that have earned her a huge fun base, expressed her displeasure for such women while speaking on the Gee Spot with MzGee, where the panelists discussed the new craze towards having an hourglass shape.

Ohemaa Mercy, who condemned the act vehemently, stated that it was possible for a woman to get the right body shape by hitting the gym and eating well. She said:

READ ALSO: OAP Stephanie Coker Weighs In On The Subject Of Plastic Surgery For Women

“I don’t believe in that because everyone God created is good and I don’t believe in people attaching themselves with something or going to take anything to make you fat. You have to work on yourself to look good.”

“If you believe in yourself and know that God really created you and you are beautiful there is no need to go and enhance yourself to look beautiful.

Naturally, you look beautiful so what do I do to look nicer? What I really want us to understand is that physically when you are at a particular age, there are some foods the doctors would advise you not to eat.”

What is your opinion on the matter?