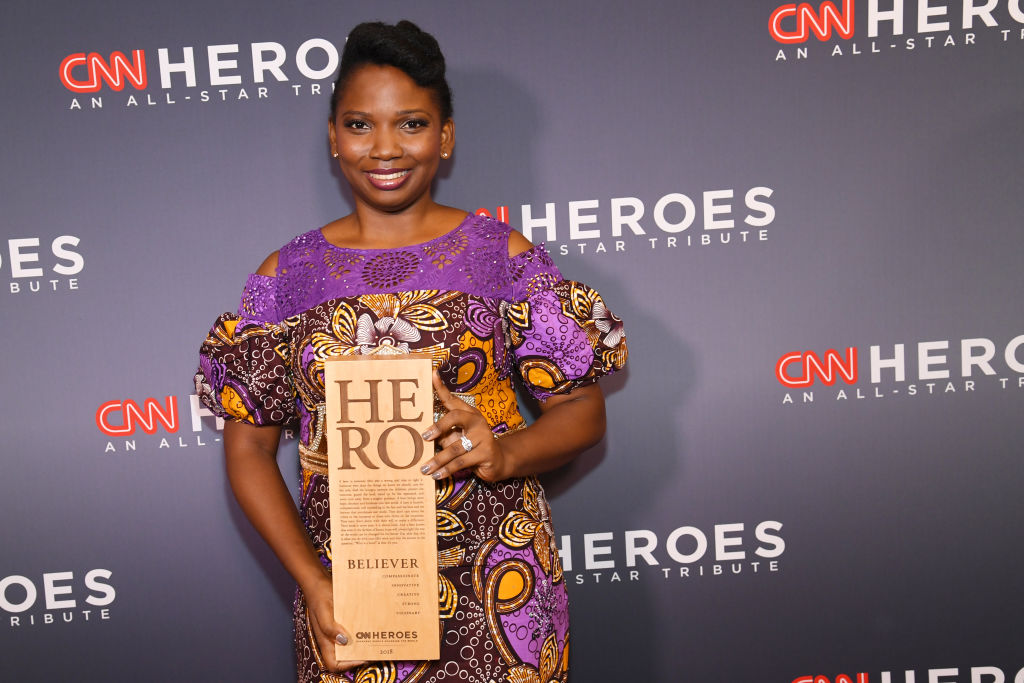 Nigeria’s 34-year-old Abisoye Ajayi-Akinfolarin while working in technology discovered a large gender gap and got up to do something about it. The Women and Girls Advocate who is also the founder of Pearls Africa Youth Foundation, a Non-Governmental Organization aimed at educating young girls in under-served areas in Nigeria with technology skills has just been honoured by the United States Embassy in Nigeria.

The American embassy also acknowledged the recent honour Abisoye received from CNN for her works – Through her various human-centred initiatives, the tech enthusiast has been able to train over 400 females to code.

Ajayi is also the founder of Pearls African Youth Foundation, an organisation that is dedicated to developing the girl child. Some of the human-development programs Abisoye has carried out are GirlsCoding, GirlsSTEM, and Empowered Hands.

Through the various programs, the tech enthusiast has trained over 400 girls and women to code, empowering them to be digitally relevant. Meanwhile, the girl-child development enthusiast was nominated for the top 10 CNN Heroes in 2018 alongside nine other remarkable change-makers in the world.

Abisoye who has impacted the lives of many young girls had her first experience with a computer at the age of 10, on a school break, at a business centre run by her brother’s friend.

Her love for Microsoft Word made her join an IT firm as an intern after secondary school. After her education at the Nigerian Institute of Information Technology (NIIT), she attended the University of Lagos and graduated with a BSc in Business Administration.

To start Pearls Africa Foundation, she left a successful, fulltime IT consulting job. The foundation was established in 2012 to reach girls in disadvantaged areas.

See screenshot of the US Mission tweet celebrating Abisoye below: 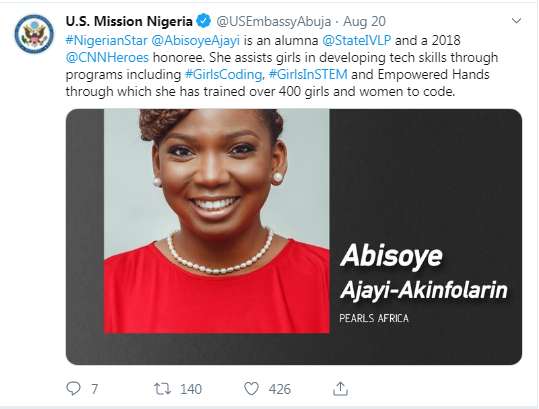