Babablwa Mtshawu has XY chromosomes (male) instead of XX (female), which makes her genetically male but physically female. As a result of this, Babablwa is an intersex.

According to Planned Parenthood, intersex is a person born with a combination of male and female biological characteristics, such as chromosomes or genitals, which makes it hard for doctors to assign their sex as male or female.

Intersex is said to be more common than people realize as it is a naturally occurring difference in humans, and isn’t a medical problem. Babablwa, who is presently going through menopause, tells BBC Africa:

“Yeah, I don’t get my periods because I don’t have a womb. I’m going through menopause because I was born with internal testes and they were taken out and that started my menopause and I’m taken hormone replacement therapy.” 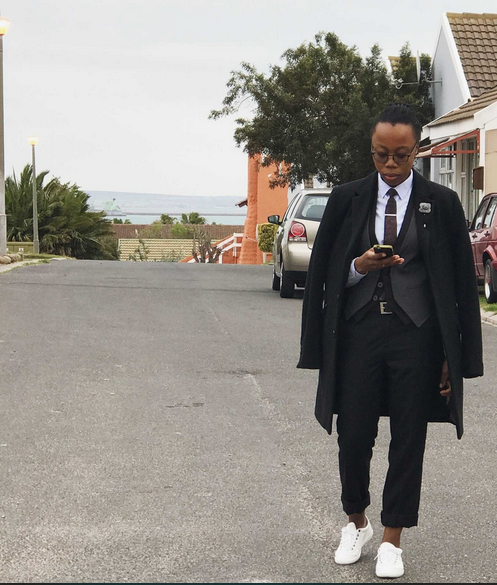 Speaking further on her journey, she said:

”People have been very rude and very mean to me. You know, someone will tell you that they are a biologist and what you’re talking about is ridiculous. And some people would be like, “The Europeans have infiltrated Africa now ’cause now we’re having European problems”, you know because clearly I’m a problem.

There’s a lot of negativity associated with the number of views that you probably get because smaller crowds tend to be nicer and bigger crowds tend to be very mean. And when you’re talking about your journey within a particular topic that is regarded as taboo in Africa, you’re going to deal with a lot of backlash.”

On how she has managed to carve out a space for herself where she can disengage from all the negativity, she said:

”Actually, there is no running away from it. I think you have to deal with it head-on. I mean, even though I did the eNCA interview not so long ago and that was like a guaranteed 4 million views, people couldn’t comment on the eNCA video ’cause it was playing on national TV.

However, with the BBC video, could comment and that opened up a whole can of worms in terms of things I thought I had dealt with but I hadn’t. So I found myself having had to seek mental health care.

Now I’ve got a psychologist that I see almost every week and we talk about my journey because even though I am public with my story, my family doesn’t like the fact that I am out there like that. I don’t even think that they know that I’m on these different social media platforms because for my family, that’s not a topic to be discussed openly. But unfortunately for them, this is my story and not theirs.”

Babablwa notes that nobody can decide for an intersex because an intersex who is still a child can grow up to be whatever gender they choose to be.