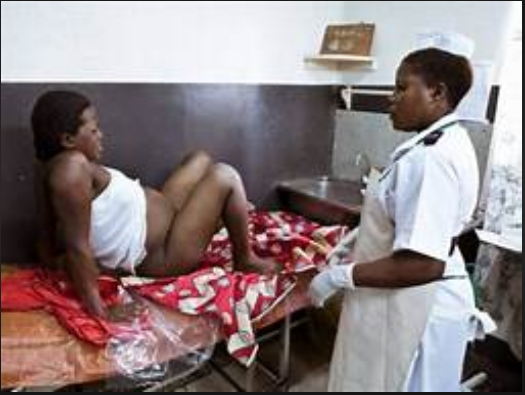 Royal Couple, Chief And Chief Mrs Shuluwa Tell Their Amazing Love Story & How They Have Been Able To Sustain Their Union For 40 Years

Alhaja Rukiyat is one woman, whose joy knows no bound after she defeated the scourge of Vesico Vaginal Fistula (VVF). Married in her 20s, the 40 years old mom has been wearing adult napkin for the past two years to address the embarrassment of always messing herself up with urine.

She said the fear of the speculated huge hospital bill involved in her treatment has kept her from seeking proper medical attention.

Fortunately for her, she and 19 other women in Lagos State benefited from the free VVF screening and surgical service provided by the Christian Health Association of Nigeria (CHAN), Lagos chapter, in collaboration with Evangel Vesico Virginal Fistula Centre, Bingham University Teaching Hospital, Jos and Hoarse Methodist Cathedral Clinic, Yaba.

Many people belief that VVF is a disorder found only among women and girls in Northern Nigeria following their custom of early pregnancy. But the surgical team debunked the notion.

They charged women in the South West to take advantage of the free Fistula screening and surgical service that will intermittently be organised by the team in Lagos to address their female genital disorders, such as VVF, RVF or obstetric fistula.

According to Dr. Abayomi Ogunmekun, CHAN Lagos Chairman and the Medical Superintendent of Hoare’s Methodist Cathedral Clinic, Yaba, the thinking that it is only women in the North that suffers VVF is not correct.

Considering the condition as embarrassing, Dr. Ogunmekun pointed that complications of childbirth occur in all states of the federation. He added, however, that the condition is peculiar to some tribe because of early child marriage. According to Ogunmekun:

“VVF is a pathetic and embarrassing condition. The woman will smell; she will be having infection repeatedly and, the complication can affect the kidney causing kidney failure. Also, she will not be able to get pregnant.

“There are many cases of VVF in Lagos. Instead of some patients hiding at home or travelling to the north to seek medical attention, I employed them to come and get the totally free treatment so as to continue living a normal life. Our vision is for Hoare’s Methodist Cathedral Clinic, Yaba to be a VVF centre because we have all the facilities.”

An VVF specialist and a Master Surgeon at Evangel VVF Centre, Bingham University Teaching Hospital, Jos, Dr. Sunday Lengmany, explained that the commonest cause of VVF was prolonged obstructed labour.

Poverty, he also stated, is one of the reasons many woman experiencing leakage of urine known as VVF or leakage of faeces (RVF) are not seeking medical attention. He said:

“When a woman goes into labour, for first delivery, it is expected that once active labour starts, within 18 hours the baby should be delivered. If delivery does not occur within this time, then it is prolonged. If prolonged obstructed labour takes place, what happens is that the head of the baby gets impacted between the pelvic bones of the mother.

The head of the baby is surrounded by bones and the pelvic also has bones. So, the tissues in-between will be impacted and blood supply will be cut. If a woman stays in this condition for many hours, then that part that has been denied of its blood supply will eventually die and it will kind of dissolve leaving a hole through which contents can now pass into abnormal locations.

Apart from the prolonged obstructed labour, which is the commonest, several other causes like accidents and trauma involving the waist, pelvic bone can lead to direct injuries into the bladder or rectum.

In cases where minors have been raped, because the tissues in children have not been well developed, it can easily break and lead to VVF or RFV.

Cancers, like cervical cancer and cancer of the bladder, can eat up any of the organs around and leave a hole and that can also lead to it.”

Dr. Lengmany’s response was in the positive. He explains:

“Yes, it is avoidable. VVF occurs mainly because women, for various reasons, will not go to the hospital, cannot access the hospital to be delivered, cannot afford the cost of cesarean section or for cultural reasons they prefer to deliver at home.

The typical thing is that these women have laboured for 2-3 days and some for a week thus may lead to complications.

When You Might Need To Say No To Sex During Pregnancy And After Delivery | Gynaecologist/ Obstetrics, Oluwarotimi Akinola

VVF is avoidable because it is a case of complication during pregnancy and child birth. Pregnant women should register for antenatal care with a competent medical facility. Hospitals with competent doctors know what to do when a woman is experiencing prolonged labour.

More so, early marriage should be avoided. Parents should discourage the marriage of their daughters below 18 years to avoid complication during childbirth. The best age in marriage is between 18 and 25.”

What is the difference between fistula and VVF?

“Fistula in the medical world describes an abnormal connection between two surfaces or between two cavities. We use it in different ways to describe different disorders in humans. In the pelvic, there are three body cavities. In front is the bladder. The virginal is in the middle and behind is the rectum.

There are different complicated types higher than these involving the cervices or utherus. VVF is a specific term for a specific type of female genital fistula.

When we go for outreaches, we use a broader term because it is not only VVF we take care of. We take care of VVF, RVF, obstetric fistula and all the other different disorders that can eventually lead to a woman leaking either urine or feces as a result of delivery complications.”