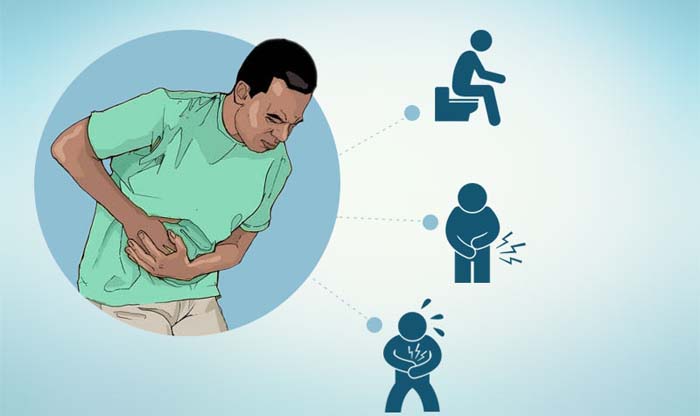 Twitter User, Somadina Miracle Shares Shocking Story Of How Her Aunt Lost Herself To A Loveless Marriage

Amoebiasis, also known amoebic dysentery, is an infection caused by any of the amobae of the Entamoeba group.  The symptoms of amebiasis include loose stool, abdominal cramping/pain, stomach pain, diarrhea, or bloody diarrhea. However, most people with amebiasis won’t experience significant symptoms.

Complications can include inflammation and ulceration of the colon with tissue death or perforation, which may result in peritonitis. People affected may develop anemia due to loss of blood.

Tam gave the advice in an interview with the News Agency of Nigeria on Tuesday in Abuja, noting that amoebic dysentery remains an important health problem in Nigeria due to inadequacies in sanitation infrastructure and healthcare facilities; therefore it is of public health concern. He said,

READ ALSO: 9 Made Simple Categories Of Must-Eat Nutrients For Your Child

The expert noted that predisposing factors, such as ignorance, unhealthy socio-cultural practices, poor drainage system, unhygienic methods of disposing human faeces and refuse could contribute to the infection.

He added that infections like amoebiasis in Nigeria were attributable to habits, such as defecating in bushes that are close to streams and rivers, which are the sources of water to the inhabitants of the riverine areas in the country. Tam said:

S.Africa New Marriage Law Could Allow Women To Marry More Than One Man

“Although cosmopolitan in distribution, it mainly occurs in the tropics and subtropics and other places especially in areas where there is a low level of sanitation and very poor personal hygiene practices.

“It parasitises man causing amoebic dysentery, amoebic hepatitis, and pulmonary amoebiasis. Entamoeba histolytica inhabits the large intestine of man, but can also establish itself in the liver, lungs, brain and other organs where secondary lesions are produced.”

The expert noted that amoebic dysentery remains an important health problem in Nigeria due to inadequacies in sanitation infrastructure and healthcare facilities; therefore it is of public health concern.