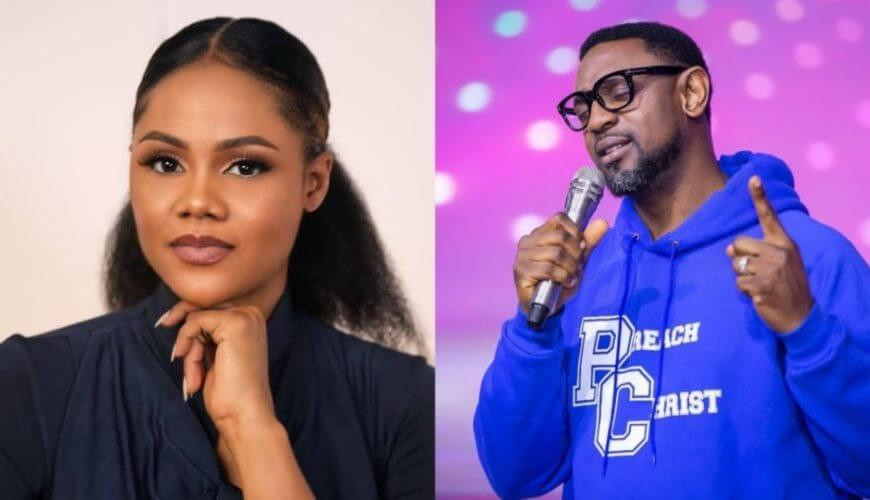 Best Tips For Dealing With Anxiety, According To People Battling The Disorder

In a document written by her lawyer, Celebrity photographer and mum-of-three, Busola Dakolo who sometime in June 2019, levelled an allegation of rape against the founder and Senior Pastor of Commonwealth of Zion Assembly, Biodun Fatoyinbo  in a tell-all interview is revealing how she’s been affected by the cleric’s continued denial of forcefully having his way with her when she was only 17.

She said his denial amounts to subjecting her to emotional distress and intentional infliction of more pain on her.

The mum insists she was raped by the pastor who is still under investigation by the Nigerian police force and says she demands “a personal letter of apology” from the cleric. In a suit filed on her behalf by her lawyer, Pelumi Olajengbesi and Co of Law corridor before the Federal High Court in Abuja, the celebrity photographer described how the impact of that ordeal has lingered on even after she got married.

Punch reported that she also said that the COZA founder’s June 28, 2019, press statement in which he denied the alleged act, caused her continuous emotional distress and amounted to intentional infliction of emotional distress on her.

“The claimant avers that she was immediately terrified and in shock while the defendant pinned her down on the couch following which he caressed her body, fondled her breasts, pulled her pant, quickly half-pulled his trousers and ordered her to allow him have his way with her.

The claimant avers that the defendant in the process used his hand to cover her mouth, thereby muffling her screams.

The claimant avers that the defendant made efforts to penetrate her vagina, whilst she struggled to fight him off; however, the defendant overpowered her and penetrated her vagina and had sexual intercourse with her.

“The defendant further proceeded to threaten the claimant’s life by telling her he would greatly harm her if she ever revealed the incident to anyone.

The claimant avers that following her second ordeal with the defendant, she became dejected, kept to herself and hated herself, developed utter loathing for everything around her and withdrew to herself and away from all spiritual activities of the church.

“The claimant avers that despite getting married, she continues to live in constant fear, suffers several series of mood swings, emotional and psychological distress, and also worries about her safety.

The claimant avers that her marital sex life has been affected negatively as a result of her terrible experience with the defendant, thereby resulting in her continuous emotional and psychological distress, which has not ceased.”