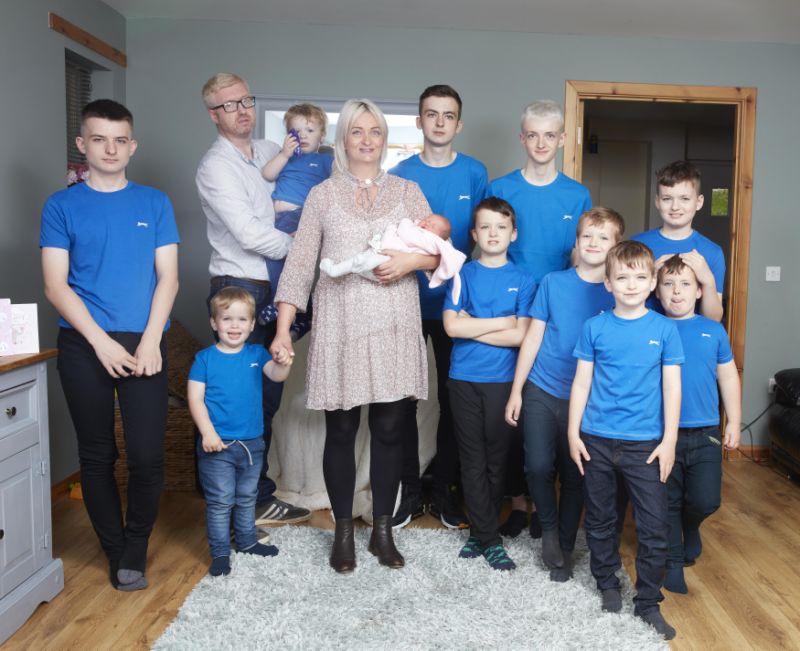 A British couple and their family have become worldwide sensation after their unique story made its way to the internet. The couple, Alexis and David Brett have been married for over 15 years and have been quite exceptionally fruitful in their union, birthing ten- yes ten sons over the period of 15 years. The prolific mum first gave birth to a bouncing baby boy when she was 22 years old and went further to have nine more baby boys over the next 15 years.

The 39-year-old is the first mum in Britain to have 10 boys in a row and had resigned herself to life in an all-male household until two weeks ago when she birthed her eleventh child and only daughter, Cameron.

The elated mother took to social media to announce the arrival of the new addition to their family, and said they were over the moon about having a baby girl after already having 10 children – all of whom are boys. Speaking to The Mirror UK, the couple said they had longed for a female addition to their already large family.

Cradling her new arrival, the proud mum told The Mirror:

“We’re over the moon.

I’d been expecting to hear we were having another boy. But when I found out it was a girl, my face was a picture.

I was shocked, but delighted. Now she’s here with us, it’s a fantastic feeling.”

Speaking on her family size, the mum-of-11 said it was not something she had planned.

“I’d never planned to have a large family, but now I do, I love it.

I always joked I wouldn’t have a clue what to do with a girl… that’s all changed. We’re having a lot of fun buying pink things for the first time.”

Alexis reckons she is “immune” to most birth control – and is now contemplating getting sterilised. Her day usually begins at 5.30am, an hour after David goes off to work – she uses the “quiet” time for a coffee and a shower before the children start to emerge for nursery and school. Alexis does 49 laundry loads a week, and vacuums seven times a day.

“It’s not easy with so many boys running around, but I like everything neat and tidy. I can’t stand mess.”

They have to buy at least three pairs of shoes every few weeks. David said:

“We don’t tend to do hand-me-downs, there’s no point. Being boys, their clothes never seem to last.”

Although the family have a seven-seater people carrier and a five-seater Range Rover, Alexis cannot drive. So most weekends David takes the older boys out while Alexis stays home with the younger ones. If they want to go anywhere as a family, David does a double journey..

In between picking up toy cars and Lego – and putting down the toilet seat – Alexis’s one concession to femininity was previously limited to scented candles and flowers. Now Cameron’s crib sits next to the “It’s a girl!” cards, draped in a bright floral blanket. It quickly becomes clear the having a girl around is proving a novelty, as a procession of boys peer in and poke at their new sister.

“David and I sometimes look at each other to say, ‘What have we done?’ But when the boys come out with something funny and make us laugh, it makes it all worthwhile.”

After Cameron’s birth two weeks ago, Alexis plans to return to her new job as a part-time fitness instructor in a few weeks. 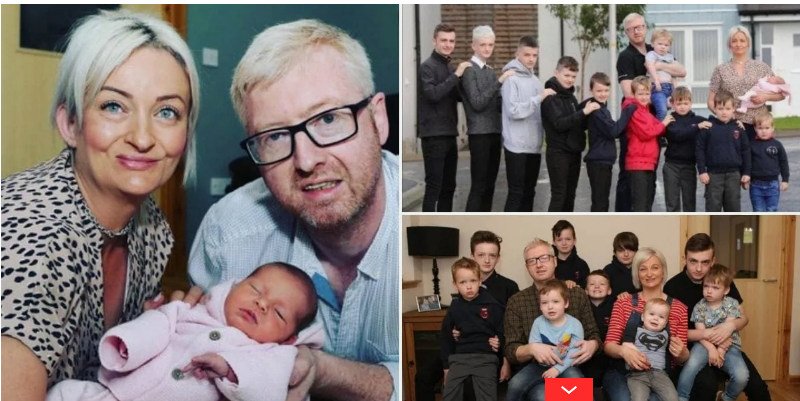 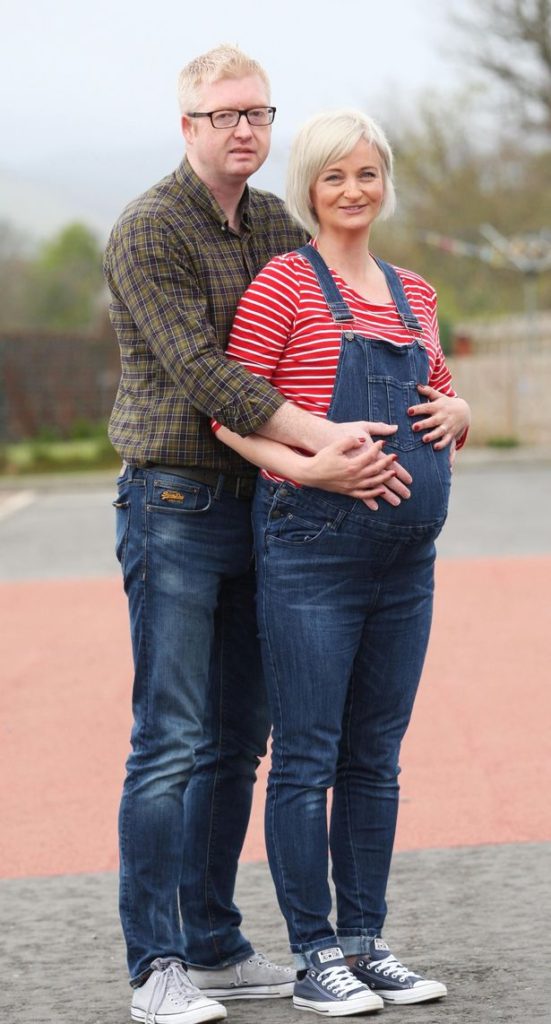 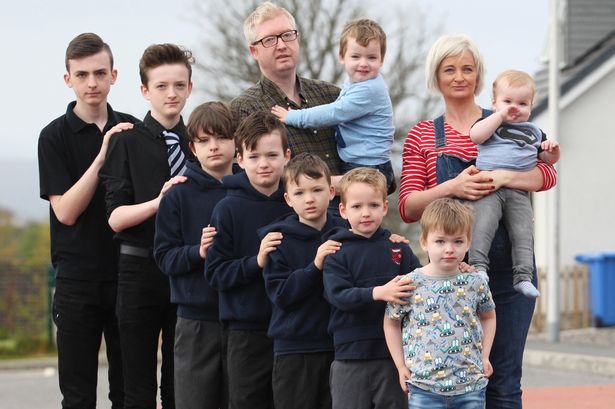