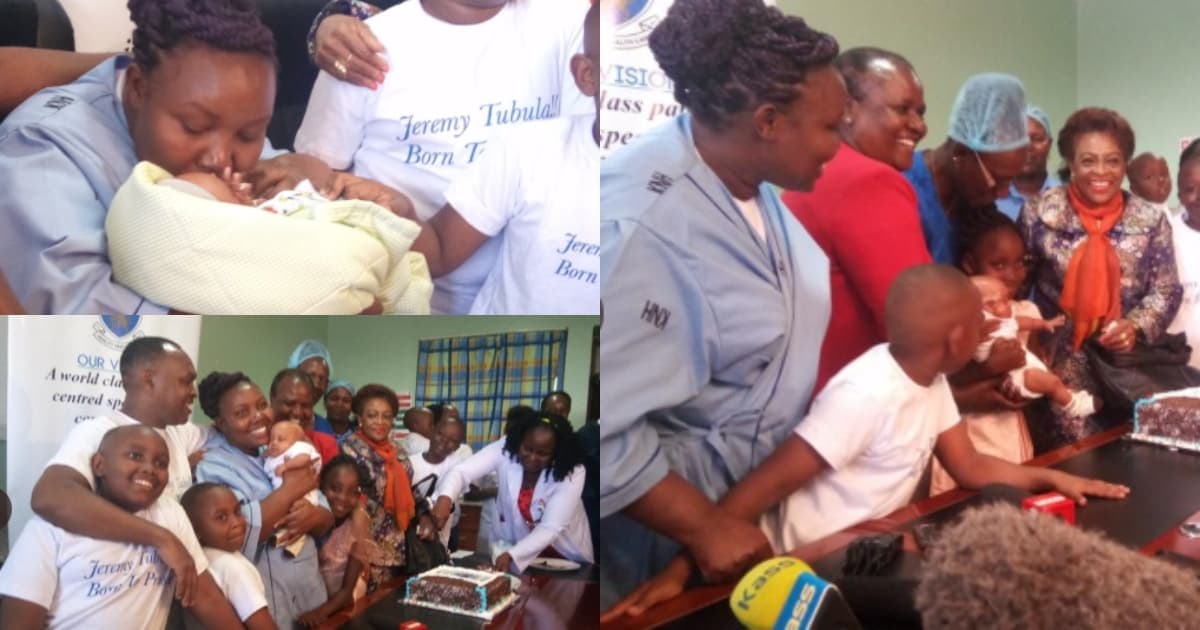 See If You Agree With Dad-Of-Two, Reno Omokri’s Stance On Helping Poor Parents Feed Their Kids

4
SHARES
Share on FacebookTweet thisEmail to friends
A team of dedicated Kenyan doctors have helped a fragile baby boy survive by their painstaking and concerted efforts, much to the joy of his distraught mum, Catherine Joy. The average healthy weight for babies at birth is around 3.5 kg, although between 2.5kg and 4.5kg is still deemed normal, so doctors were justifiably concerned when Catherine’s son, Jeremy arrived weighing less than a kilogram.
Catherine’s son weighed only 400g at birth and the distraught mum feared the worst but hoped the doctors would put in the effort to possibly help her child survive.
Five months later, medics from the Kenyatta National Hospital can proudly say they nurtured a baby who was born weighing only 400 grams till the little one grew to a whopping 3.5kgs.
READ ALSO: Elated New Mum, @Miracletwinjj Tells What It Felt Like Battling Fibroid And Childlessness For 7 Years
They watched over the baby and his mum till little Jeremy reached 3.5kgs. The hospital shared photos celebrating the milestone on their Twitter page with Catherine and staff members of the hospital celebrating in obvious excitement.
The hospital shared photos on their Twitter handle and wrote:

“Baby Jeremy was born at 25 weeks gestation with a birth weight of 400gms. He has been nurtured and managed by our doctors to for five months to attain 3.5kgs. This is phenomenal for the country and the region,”