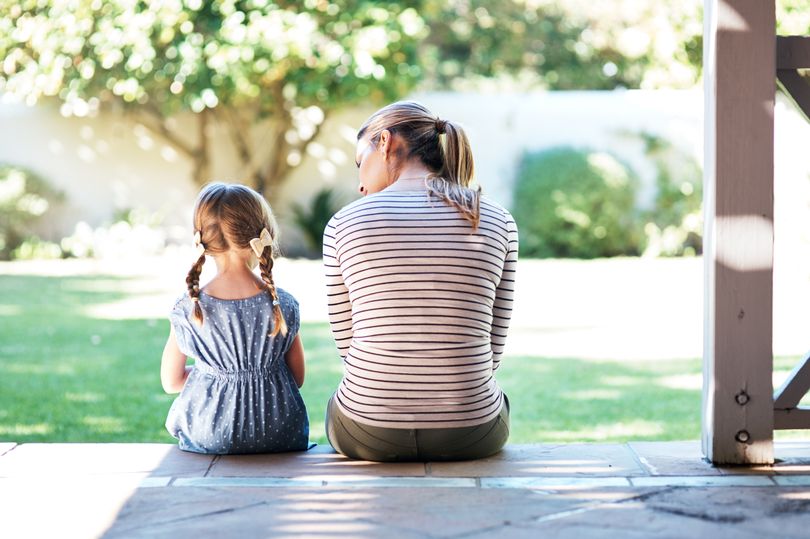 Children have to be taught to say no when it matters and this is exactly what this mum is doing with her 3 year old.

In a powerful piece for Love What Matters , the anonymous woman explains that her grandfather was poking and tickling the girl, even though she clearly wasn’t enjoying it.

She was “shrinking” further and further into her booster seat at the table, so her mum intervened.

READ ALSO: ‘Stop making excuses’: This Open Letter From Teachers To Parents Is A Must Read

While she knew that everyone in the room thought it was just harmless fun, she wanted to say something.

She told her little girl:

“Mae. You can tell him no, Mae. If this isn’t okay you could say something like, ‘Papa, please back up—I would like some space for my body.’”

The little girl replied: “Mama, can you say it?”

“Surprise. A 3-year-old-girl doesn’t feel comfortable defending herself against a grown man.

A man that has stated he loves and cares for her over and over again,

and yet, stands here showing zero concern for her wishes about her own body. I ready myself for battle.”

Following her daughter’s request, the woman repeats her sentence but directs it towards her grandfather but he refuses to move.

She repeats it again, adding that she shouldn’t have to ask twice.

He simply tells her to relax, saying they were just playing.

“My chest tightens. The sun-bleached hairs on my arms stand at attention as this man, who has been my father figure for more than three decades, enters the battle ring.”

She tells him he can’t “play however he wants” saying it’s not acceptable to do it to someone who doesn’t want to play. He leaves the room, and while her daughter stares at her with admiration, her own mother refuses to look at her.

She goes on to explain that her mother was once abducted by a car of strangers when she was walking home one night, and she was only allowed to escape because she screamed and cried so much.

Her mum was also sexually harassed by her boss at work and his friends, one of whom she married.

That her wishes matter. I see a little girl learning that she is allowed and expected to say no.

I see her learning that this is not okay. And I hope my mom is learning something, too.”