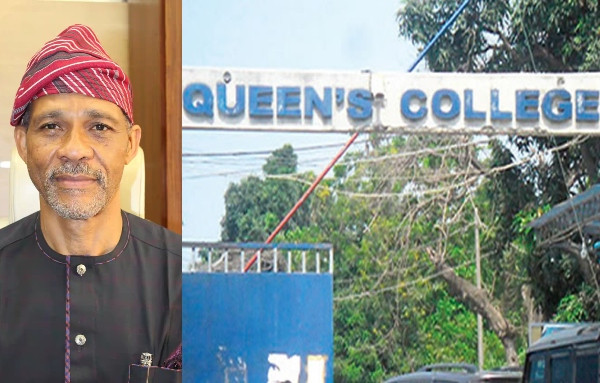 Lagos Health Commissioner, Prof. Akin Abayomi has shared an update on medical test carried out on students of Queen’s College following reports of an epidemic outbreak in the school, last week.. Speaking on behalf of the state government, Prof Akin confirmed the outbreak of an air-borne flu-like illnesses as preliminary investigations revealed “a sporadic increase in upper respiratory tract infection, characterised by cough, catarrh, fever and weakness.”

According to the Health Commissioner, the flu outbreak was confirmed by a team of health officials which comprised of officials from the epidemiology department, primary healthcare services and environmental health department of Lagos Mainland Local Government.

“The team has since visited Queen’s College and investigations are ongoing.

Findings, according to the review of health records in the school’s sick bay, revealed that 89 students presented to the clinic with influenza-like illnesses.”

The commissioner stated that the incidence was not an outbreak but added that the  environmental sanitation and water supply which were optimal could be improved on.

“As we await a comprehensive report of the investigation being conducted, I would like to appeal to stakeholders of Queen’s College, other affected schools and residents of Lagos State to remain calm and ensure strict adherence to personal and environmental hygiene at all times.

I assure you that the situation is under control and seems to be subsiding.

We will give necessary updates as the assessment and investigation progresses,” the commissioner said.

They must also commence and continue to raise awareness about respiratory etiquette such as covering of mouth with clean hands or handkerchiefs when coughing or sneezing and washing hands immediately after.

The school management must also hold food handlers and vendors to the highest health and hygiene check protocols as stipulated in the law, and practised world over.

Schools management must ensure conspicuous display of posters with health messages around their premises and commence daily announcements and reminders about preventing the spread of germs and the need for frequent hand washing.

They should adopt healthy practices, such as safe handling of food and the use of standard precautions when handling body fluids and excretions and equip school sickbays to handle infections and other emergencies, with a clear report and escalation protocol”,

He further disclosed that only 89 students were presented for medical test at the school clinic while the rest left on their own volition.

In a separate report that made headlines on blog sites,  the permanent secretary of the Ministry of Education, Sonny Echono had earlier debunked claims of an epidemic outbreak at Queen’s College Lagos. According to him, there was no epidemic outbreak but flu and malaria cases.