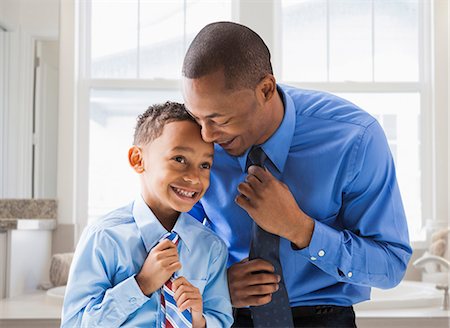 Update On Single Mum-of-4, Dami Ewa-Stratton Who Made Headlines After She Found Love With A Single Is Messy

A Canadian study of child-mother and child-father attachments involving 107 children has found a particular correlation between father-child trust during a play activity and the child’s behaviour. The research team, led by Jean-François Bureau at the University of Ottawa in Canada, organised children to participate in a two-minute play activity with their mothers and their fathers on separate occasions.

The parent was asked to make the child laugh for two minutes without the use of toys, resulting in a period of intense play – chasing and tickling – and triggering demands on the parent to manage the child’s heightened emotions. The sessions were recorded and the parent’s sensitivity was scored, for example, on how they controlled the child and responded to the child’s needs.

After this, the parent and child participated in a “strange situation” test, where the parent left the child alone for short periods and researchers observed how the child coped with the parent’s departure and return. Finally, the researchers asked both parents to report on the children’s behavior to assess how they were adapting socially.

The researchers found a correlation between parental play sensitivity and parent-child attachment for both parents. In the play activity, mothers and fathers behaved similarly, contrary to stereotypes about fathers specialising in play, but the link between attachment and the child’s behavior in social situations was stronger for fathers.

The theory behind this phenomenon is that fathers are more likely overall to model rough behavior than mothers – for example, rough and tumble play – and the way that they manage the child’s responses and set limits models for children how to manage their own behavior with others outside the family.

In line with other research, the parent-child attachment with the father, more than with the mother, was influenced by the child’s temperament and by the degree of stress the father reported regarding his relationship with the child.

The explanation proposed for this difference between the parents is that the father-child relationship is less scripted and defined in our society than the mother’s and so is more susceptible to external influences.