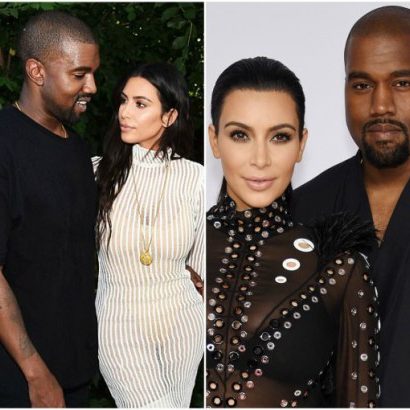 Award winning rapper, Kanye West is getting candid about the “magnetic attraction” which saw his heart become forever captured by one of the world’s biggest reality stars, Kim Kardashian West.

In a new E! True Hollywood Story airing on Sunday, the couple opened up about the early days of their romance, with Kanye sweetly gushing about his “loving” and “courageous” wife of five years. Kanye, 42, explains in a preview clip of the episode, which looks at 38-year-old Kim’s life:

”Any time I was around her and I saw her, it was magnetic attraction to this force of energy. She was good, pure, happy, loving, brave, courageous, strong.”

The couple first met in 2002 when she was still married to her first husband, Damon Thomas. She divorced him and went on to marry Kris Humphreys in 2011.

Kim Kardashian and Kanye kicked off their relationship when her second marriage crashed. The pair started dating in 2012, 10 years after they first met. Describing her first meeting with Kanye, Kim told E! News:

”I met Kanye in 2002. He would ask everyone who I was, and they always said like ‘Oh, she has a boyfriend’. We just always kept on connecting and coming into each other’s lives.

Then, he invited me to Paris to his fashion show, and that’s when it happened. That’s when we started our relationship. And I was like ‘Sh*t, why didn’t this happen sooner?’ It was just right.”

The couple went on to get married in 2014 and now have four children – North, aged six, Saint, aged three, Chicago, 20 months, and Psalm, four months – together.

Kim further shares one of the couple’s early relationship struggles in the preview clip, explaining how much Kanye was discouraged from associating himself with her -many critics claiming Kim would ‘ruin’ Kanye’s career.

‘Doctor Told Me To Drink My Husband’s C-m 4 Times A Week’ –Newly Wed, Kourtney Kardashian Opens Up On Her Fertility Struggles